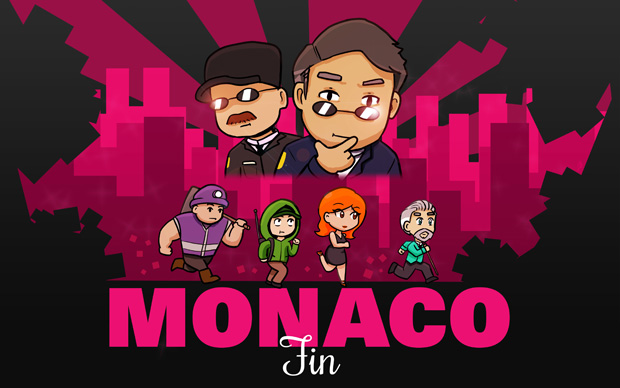 It’s been a wild ride

This is it for Monaco. Pocketwatch Games has already talked about its next project — a real-time strategy game called Armada specifically built for gamepads — and now that it has added a fourth, final chapter to the co-op heist game called Monaco: Fin, “it’s time to move on.”

Recapping the past several years, lead developer Andy Schatz wrote in a blog post that “EVERYTHING has changed” since development began in 2009. “My design philosophy, our lives, Pocketwatch, indie games as a movement, the internet as a whole.” He also called Monaco “the culmination of lifelong dreams” for himself and producer/designer Andy Nguyen.

As for Fin, here’s Schatz’ description: “This campaign is brutally difficult (all eight levels are as hard as Identity) and it concludes the story of the Gentleman and his nefarious crew.”

Filed under... #cooperative#DLC#Freebies#Linux#Mac#Monaco: What's Yours is Mine