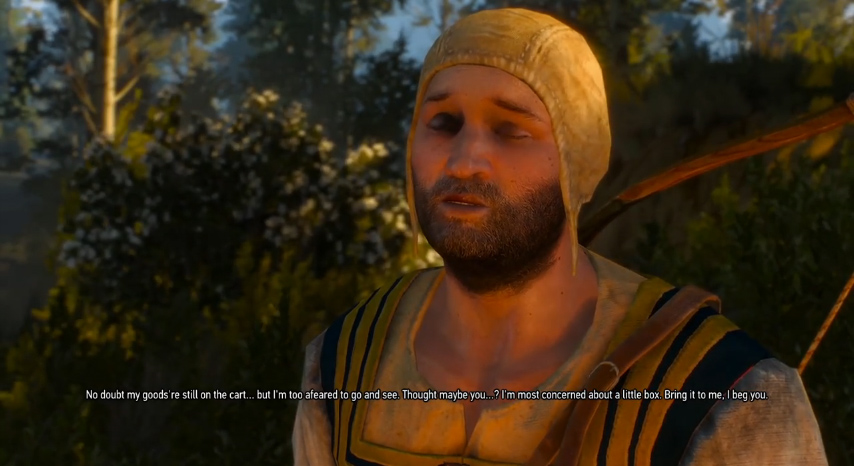 I don’t know about this guy

In this PC footage of The Witcher 3: Wild Hunt brought to you by Xbox (check the YouTube account), we’re shown around nine minutes of a sidequest involving a merchant and his lost cargo.

The quest description sets the scene: “He had been hauling some precious goods to the Nilfgaardian camp when his horse spooked and veered off the road, pulling the merchant’s cart with it and dumping the whole works in the foggy swamp outside the camp. The poor horse became trapped in the muck and soon was devoured by the monsters who inevitably lurk in such places…”

No, not again! I’ve seen this too many times before, which is to say exactly once, because I skip the childhood-wrecking swamp scene whenever I rewatch The NeverEnding Story. Don’t do this to me!

After meditating until nighttime and using his senses to track the cart, Geralt finds the dead horse lying in surprisingly clean, shallow water. It looks hokey, not sad, which I am thankful for. I am also thankful for the line “There’s nothing behind me. I’m a witcher, I’d have heard it.” And, hahaha, “Plough yourself, mutant.”