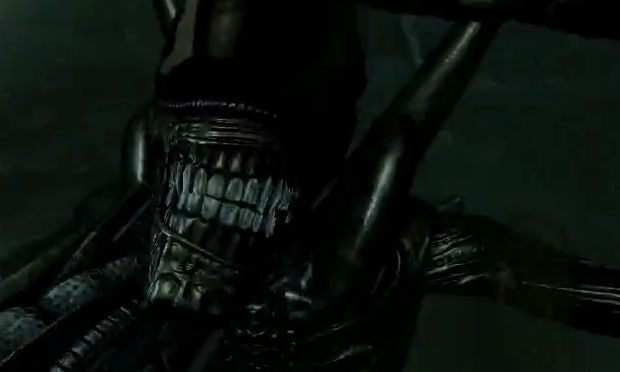 Yes, it’s time for yet another Aliens vs. Predator trailer. The sad thing is, I love Aliens, as I think everybody should have gathered by now. A few months back, I’d jump at the chance to even vaguely mention the franchise on the frontpage of Destructoid. Now the thought of doing so makes me feel agonizingly sick.

I don’t think I’ve got enough left in me to write about one more AvP trailer. It’s too much. It’s like ejaculating seventeen times in one night. My blogpenis is red raw and ravaged. I’m basically wordspunking braindust right now. Hopefully, this is the last one before the game releases on Tuesday. At least then I can talk about the game, not just videos of the game.

Sega, your commitment to producing a thousand trailers for your games is impressive, but we honestly don’t need that much!