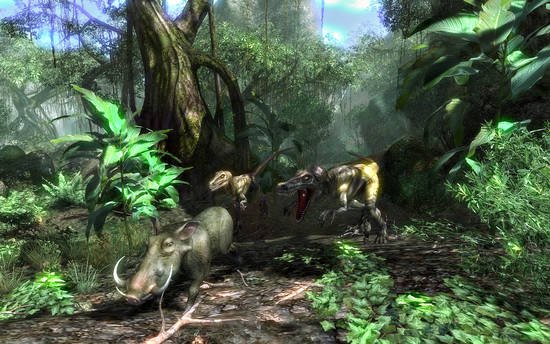 Yes, we know — SoutPeak Game’s Two Worlds for the Xbox 360 and PC was pretty much a disaster. Marred by everything from frame rate issues to poor in-game menu design, the open-world title didn’t quite live up to the promise of, well, a good game.

Regardless, SouthPeak have announced a sequel for the game called Two Worlds: The Temptation which will be available for the Xbox 360 and PC this fall. The game will take place shortly after the events of the first title, and will feature more intricate missions, improved voice-overs and animations, an overhauled horseback riding mechanic, completely new combat, and a new game engine. So pretty much, it sounds like they’re starting from scratch, doesn’t it?

The game is once again being designed by Polish dev studio Reality Pump, and the game’s Chief Designer says they’re putting everything in to making “a game that’s far and away better than the original.”

“We’ve taken to heart all of the comments made by gamers about Two Worlds and we’re going to give them what they want with the sequel,” he says.

A good game would be nice. And oh yeah, some of you might recall that The Temptation was originally planned as an “expansion” to the original. I wonder what made them change their mind …

“TWO WORLDS: THE TEMPTATION” COMING TO XBOX 360™ and WINDOWS PC

GRAPEVINE, TX – MARCH 20, 2008 – SouthPeak Games today announced that it will be releasing a sequel to its popular open world role-playing game, Two Worlds. Entitled “Two Worlds: The Temptation”, the game is slated to be available on Xbox 360™ video game and entertainment system and Windows PC this fall.

Taking place shortly after the events portrayed in the first Two Worlds, The Temptation takes place in Eastern Antaloor, in the regions surrounding Oswaroh and the Drak’ar Desert. Featuring as much content as the original, Two Worlds: The Temptation will feature more intricate missions, improved voice-overs and animations, retooled horseback riding, completely revamped combat, and a new game engine that delivers visuals that have to be seen to be believed.

“Our entire development team is now putting their all into making Two Worlds: The Temptation a game that is far and away better than the original,” said Miroslaw Dymek, Chief Developer with Reality Pump explained. “We’ve taken to heart all the comments made by gamers about Two Worlds and we’re going to give them what they want with the sequel.”

“I’m sure fans of RPGs will be pleased with the vast amounts of new content and massive improvements to the core gameplay in Two Worlds: The Temptation,” said Melanie Mroz, CEO of SouthPeak Games. “It’s an ambitious, yet refined title that will surprise a lot of people.”