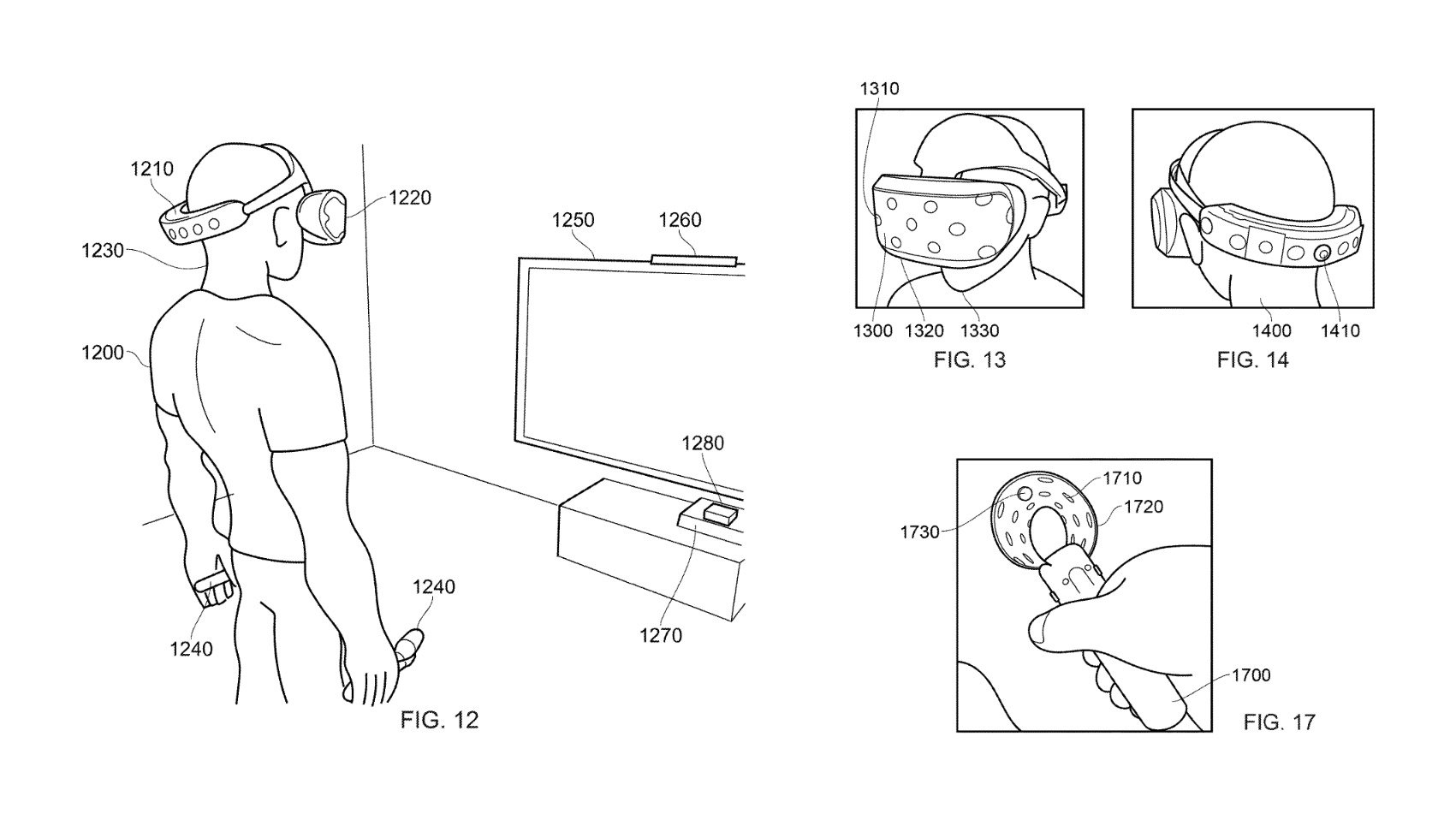 That’s a must-have, as far as I’m concerned

While we know the company plans to support the current PlayStation VR headset and PS4 games on PlayStation 5, there will obviously come a time, notably after the console’s holiday 2020 launch, when a big-enough portion of the market will be ready to plunk down cash for a more advanced PSVR model.

Based on a February 2019 patent filing found by LetsGoDigital, the new PlayStation 5 VR headset will seemingly use inside-out tracking (with two cameras located on the front of the headset and one on the back), it’ll have a wand-like controller with a camera of its own, and best of all, it’ll be wireless.

To the average player who is curious about virtual reality gaming but doesn’t want to deal with the movement restrictions and organizational annoyances that cables bring, this is a huge step forward.

You can read through Sony’s full PlayStation VR patent filing over here in pdf form. The bulk of the pertinent information starts on page 17, but it’s fun to look at the preceding images, too.

As someone who picked up PlayStation VR at launch and has been envious of the Oculus Quest ever since it was announced, untethered play will be crucial for me. It’ll mean the difference between buying the next PSVR headset on day one and altogether skipping the PS5’s VR efforts in favor of PC gaming. That is assuming Sony can continue to attract great VR developers to its platform, of course.

A wireless headset, no more aging PlayStation Move controllers, and reliable tracking – that’s all I ask. (Well, that, and a fully VR-compatible campaign in an eventual Resident Evil 8. That’d be glorious.)