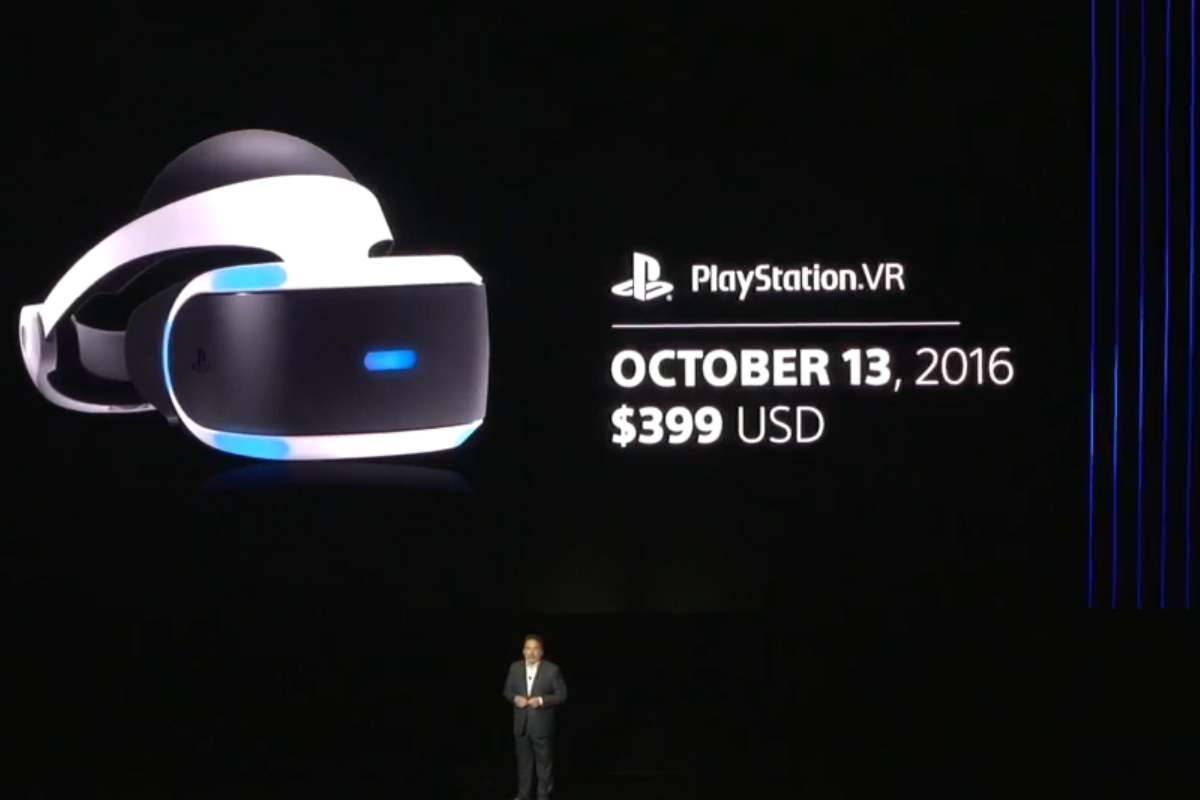 Resident Evil 7 is also on the way!

Sony announced today at their E3 conference that PlayStation VR will be out on October 13, 2015 for $399 (at a base price). Yep, it has a date. Previously pre-orders just had “October” slated but now we know for sure.

The publisher re-iterated that Sony will host 50 games “by the end of this year” for the platform, and of course, the big reveal is that the very Silent Hill looking Resident Evil 7 will be compatible from start to finish with VR!