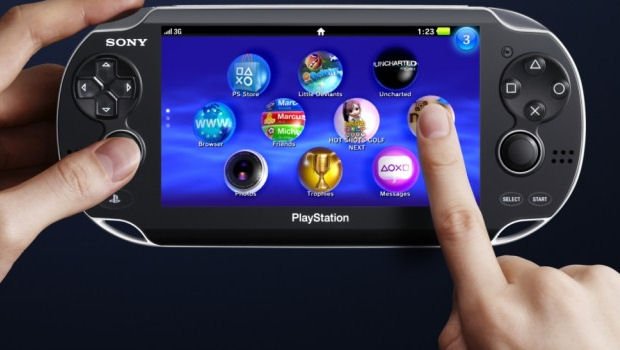 When Naughty Dog said that the PS3 could pull off the same magic as the Wii U, it might not have been too wrong. Sony’s PlayStation Vita can indeed be used as a PS3 controller, complete with its gyroscopic, touchamatic features.

“PS3 can send data down to Vita and Vita can display it. You could use the unique features — gyroscope, touch front and back — as a control device for a PS3 game,” said Sony Europe’s Phil Rogers at a Develop conference talk. “You can run software on both devices and use the network to sync the game states. And that’s pretty good, because you then have the processing power of PS3 doing that work, Vita [doing] fancy graphics — however you want to do it. You’re not sacrificing the PS3’s CPU to be able to have a rich experience on Vita.”

Even more interestingly, Rogers confirms that this will be doable the moment Vita launches, and that PlayStation Network features are already being planned to take advantage of it (can’t wait for the Firmware update!). Added to that, the ability to play PS3 games directly on the Vita, and you’ve got a ready-made Wii U contender before Nintendo’s system is finished.

Of course, since customers need both a PS3 and a Vita to make it work, there’s a greater barrier to entry than with the Wii U, and I imagine many developers will find the potential audience gains too risky to fully embrace Wii U-like controls for PS3 games. That said, this is still exciting news for a console that holds a lot of promise.

Sony: Use Vita as a PS3 controller [Eurogamer]