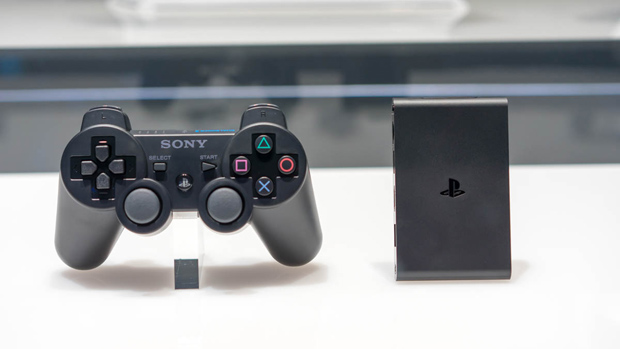 When PlayStation TV was first announced for Japan, I was fond of the device, at least conceptually, as someone who still doesn’t own a PS Vita (sorry, Steven).

But I haven’t given the microconsole much thought since then — it just hasn’t come up frequently in conversation outside of the occasional “Persona 4 Golden on a big screen. HHHNG.”

In fact, it wasn’t until a few hours ago that I realized PS TV launches tomorrow, October 14, in North America. (Europe gets it exactly one month later.) Were you aware of that?

Now that I know, I’ve been thinking more about whether or not this is a thing I will regret buying once the honeymoon phase is over. I probably will. $99 is a good entry price, except I’d surely end up paying an extra $40 for the system bundle with a DualShock 3 and an 8GB memory card. (The PlayStation TV’s built-in storage, a mere 1GB, isn’t going to cut it. Not even close.)

One of the selling points is the ability to stream PlayStation 4 games, but I don’t own that console yet and likely won’t for a while. I’m also not particularly interested in renting/streaming via PlayStation Now, either. As for the supported games, there are notable absences like Gravity Rush, Tearaway, and Uncharted: Golden Abyss that are hard if not impossible to overlook.

On the other hand, my PlayStation Portable is long dead, and it’d be nice to play quirky gems like Patchwork Heroes and What Did I do to Deserve This My Lord? again one day. Also, Patapon. Patapon would feel like an injection of utter joy right about now. Hmm.

I should just get a Vita, shouldn’t I? Perhaps there’ll be a big-enough sale this holiday season.