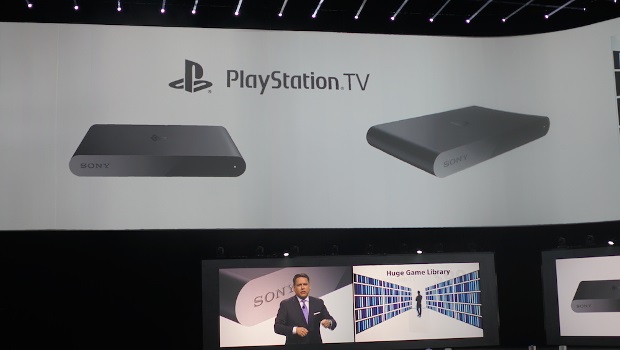 Sony finally announced their plans for the formerly Japan exclusive PlayStation TV, releasing it this fall in the US and Canada for $99. A $139 bundle was also announced, coming with a controller, one game, a voucher, and HDMI cable.

The PS TV can play PSP, PS1, instant movies, PS3 via PS Now, most Vita games, and can hook up with the PS4 to stream the system onto a second television anywhere in your home.