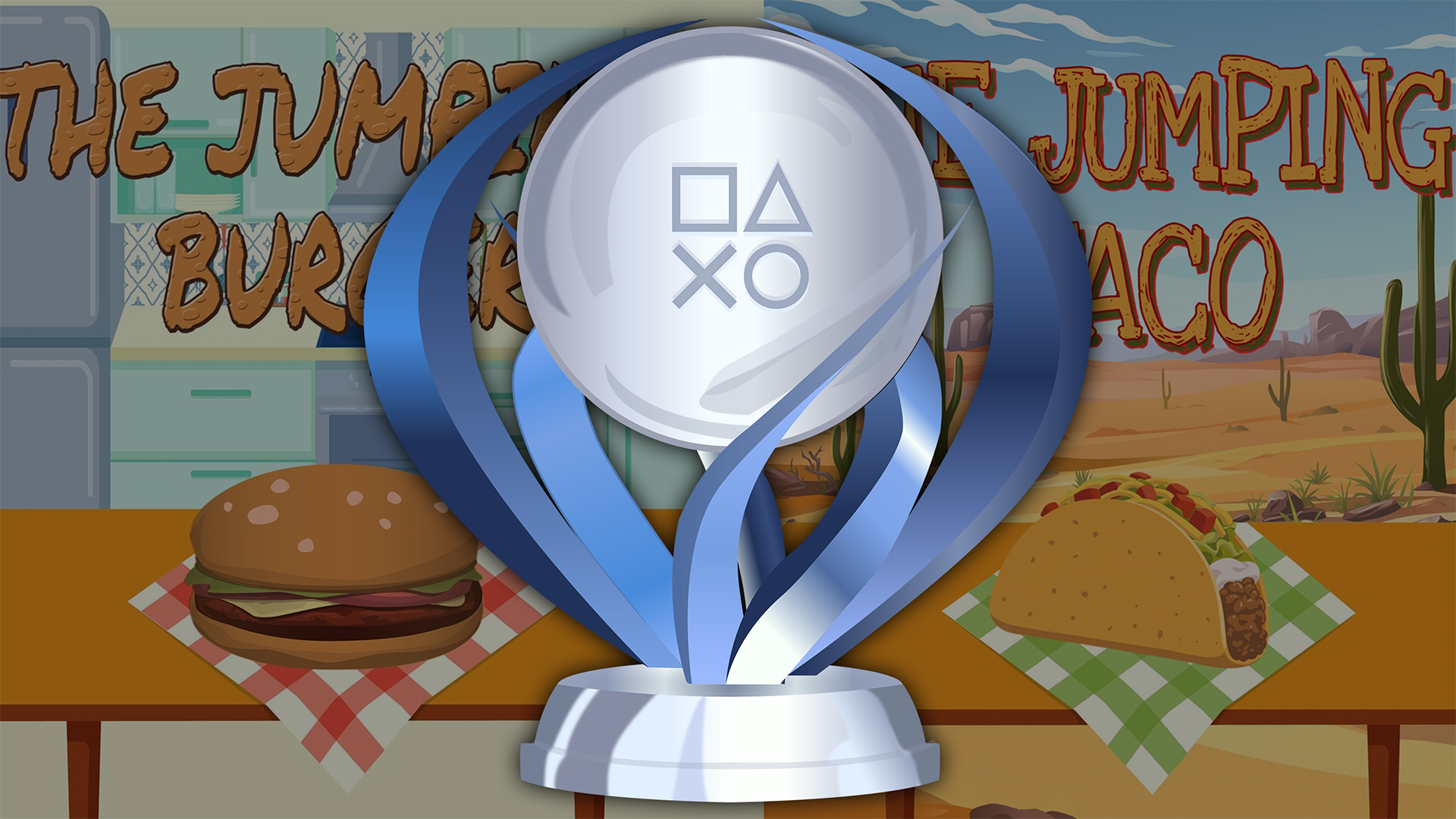 Platinum Trophies used to mean something

The PlayStation Store has been cluttered with extremely bizarre and lackluster games for a while now. However, what was bad just seems to be getting worse. A handful of indie developers are gaming the system by re-releasing essentially the same game over and over — offering a new Platinum trophy with every “game.” These titles provide nothing of value and only seem to dampen everything around them.

Games like The Jumping Fries, The Jumping Fries Turbo, and dozens more like it are crowding the PSN storefront, making it harder for customers to find what they want. Not only that but actual hardworking indie devs are being lost in the shuffle of these crappy titles, forcefully pushed down the list of New Releases, which is PSN’s only real visibility tool for smaller games.

If you think just maybe these repeatedly-published indies are genuine in any way, just take a look at this video by Kyle Bosman. He showcases how you can earn a Platinum trophy for all of these games in just a few minutes or less. These companies know exactly what they’re doing, and it’s affecting more than just the storefront and other indie developers. It has ruined an excellent meta-game for many PlayStation fans. 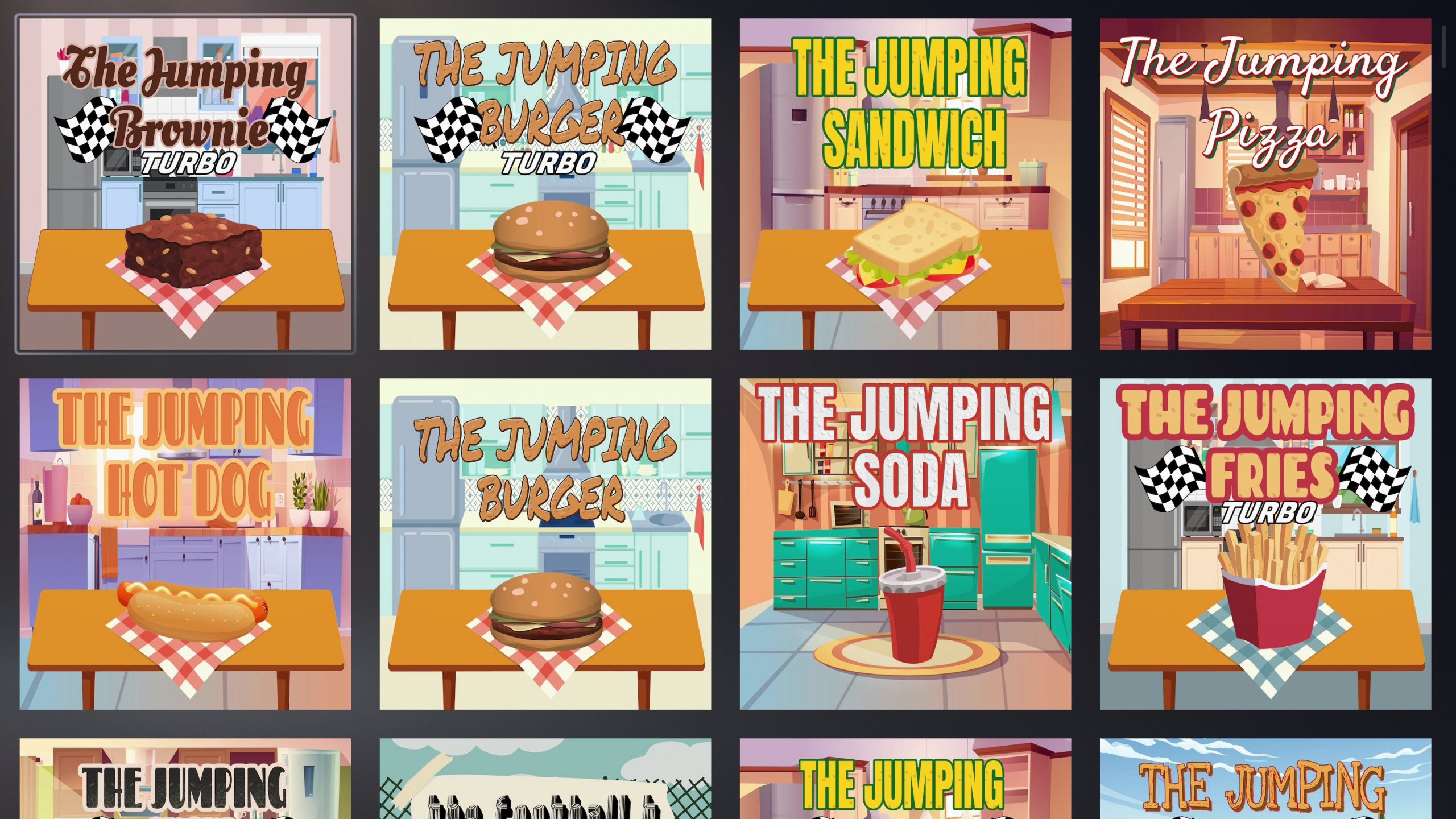 The hunt is over

Platinum trophies used to feel special. When a licensed game like Cloudy With A Chance Of Meatballs or Mega Mind was released, trophy hunters would sprint to play them for a nice and easy Platinum. However, what was considered an “easy Platinum” back then versus now is extremely different. Disney and Dreamworks games weren’t exceptional but at least they had some semblance to an actual game. You had to put in the work. They typically ranged from 4-10 hours to fully complete — a far cry from The Jumping Pasta which takes about two minutes and zero effort to Platinum. Literally, all you have to do is press up on the joystick and you’ll earn a Platinum trophy in Road Bustle.

Easy Platinum trophies used to be a needle in a haystack. Now you can’t go on PSN without seeing at least five near the top of the New Releases. The value of the Platinum trophy has decreased exponentially. Before, trudging through average games for seven hours or so made that sweet Platinum trophy worth it. There was a sense of accomplishment. But now, dozens of Platinum trophies can be obtained in 20 minutes. Where is the fun in that? At this point, I’ve almost given up the hunt entirely.

There is a developer called ThiGames that has released 20 different jumping food games on PS5 since May 15th of THIS year, 80 total across 4 stacks. Each with a 2 minute platinum. They are asset swaps.

This is partially why I can't find good quality indie games on the store. pic.twitter.com/dMut4DDmyO

If you’re curious about the developers behind these Platinum trophy schemes, the most notable ones are ThiGames and RandomSpin-Games. However, Smobile is by far the most egregious. The company has published 75+ games across PS4 and PS5 with at least 250 trophy lists in total (taking advantage of region-based trophies).

For some more insightful information on the topic, I highly recommend checking out a few recent podcast discussions over at LSM. Ty Richardson (WatchMojo, LongplayArchive) compiled a ton of research and shares just how bad these devs are taking advantage of PSN. Then, an interview with the director of production at Atari goes over how these games are hurting their visibility on PSN. Lastly, here’s a video by Motson showcasing some criminally easy Platinum trophies.

Thankfully, Nintendo and Microsoft aren’t allowing nearly as many of these shovelware titles on their digital storefronts (but they still need work). Unfortunately, all signs are pointing to things getting worse on PlayStation with Sony planning to lower the barrier to entry even more for developers to publish games on PSN. Yikes.

I hope Sony recognizes how this affects PSN, other indie developers, and players who enjoy trophy collecting as a hobby. Publishing Jumping Burger, Jumping Taco, and Jumping Hotdog on PSN isn’t valuable to anyone aside from a small group of weak-willed trophy hunters.