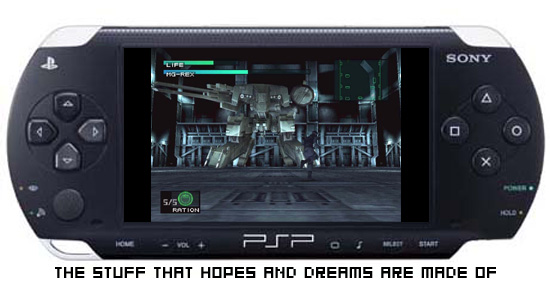 Sony’s been tossing around the idea ball, as they’ve asked their Asian community what new features they’d find appealing. Amongst the choices is one option that’s sparked some talk: “Monthly subscription plan (1 price for unlimited download).” So, Sony is considering offering a GameTap-esque plan for downloadable games? Sounds like sunshine and happiness!

One of the other questions asked how much people are willing to spend per month on PSP content per month, ranging from $0-$40. Putting two and two together, it seems like Sony is really gearing itself for a download service using the PlayStation Store on PC. They also asked about what sort of content people want to see, such as movies, download-exclusive games, and older PSP titles. Depending on how much Sony offers with this service, it could turn out to be a great offer for the system — putting up a large library of PS1 and PSP games (and possibly some exclusive titles) onto their store would likely draw in some of the download-heavy crowd.

This isn’t something Sony can just patch together, though. It’s going to take some serious work. I tried out the PlayStation Store on PC when it first came out, and I’ll admit, I wasn’t too pleased with the service. Downloads were slow and would frequently drop, file sizes were none too small — one of the games clocked in at over 1GB in size — and the interface was about as friendly as a Circuit City CSR. Once the game downloaded, though, things went just fine. It was just irritating to jump through several hundred hoops to get things working properly.

The GameTap model has proven to work, but depending on game availability and pricing, Sony may shoot themselves in the foot if they decide to go forward with this idea and don’t put a lot of work into improving their online store. I don’t know what the download numbers are like for PS3 users downloading games, but I think that Sony should solidify that service before trying to tackle anything geared towards the PSP.