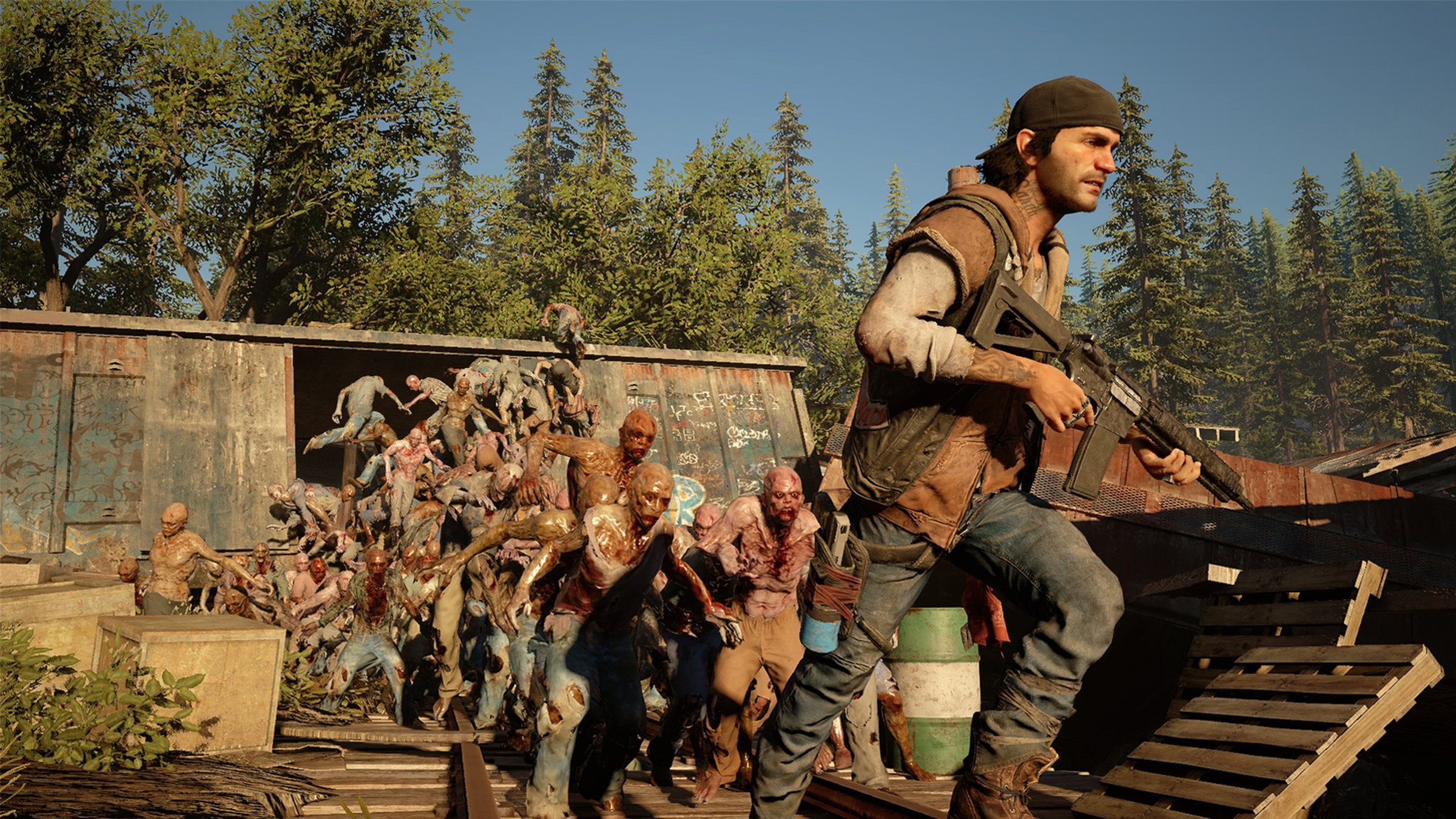 [Update: It’s time to claim the PlayStation Plus games for April 2021, so follow those links.]

Sony is back with three games for PlayStation Plus in April, and it’s an interesting lot.

Some people – notably, PlayStation 5 owners – are probably going to feel short-changed by Sony’s decision to double-dip. From April 6 until May 3, PlayStation Plus subscribers will be able to claim Oddworld: Soulstorm (PS5 only), Days Gone, and Zombie Army 4: Dead War for their library.

In a vacuum, I like this lineup, but for anyone who got a “free” copy of Days Gone with their PS5 through the PlayStation Plus Collection promo, it’s a retread. Of course, there’s a lot to like with this open-world romp – more than people were initially thinking – and it’s a meaty game. As a freebie, it’s a solid pick.

We already knew about Oddworld: Soulstorm‘s inclusion after a recent State of Play (what felt like the sixth time we’ve seen this long-time-coming game appear on a stream), so that’s not a surprise. Are you curious? It’s worth reiterating that even though Soulstorm is launching on PS4 as well, you can only claim the PS5 version through PS Plus – although you don’t need to own the console yet to do so.

As for Zombie Army 4, I’ve never fooled around and fallen in love with this wild series, but I’m weirdly open to the idea. I’m back on the Resident Evil 4 train and have been going hard with Mercenaries. When I’ve done all that I can with the full crew, I’ll be in the mood for more frantic head-popping mayhem.

On the off-chance you haven’t done this already, don’t forget to grab the Play At Home 2021 games before April 22. Unlike April’s PS Plus titles, anyone can redeem this stuff with a free account.