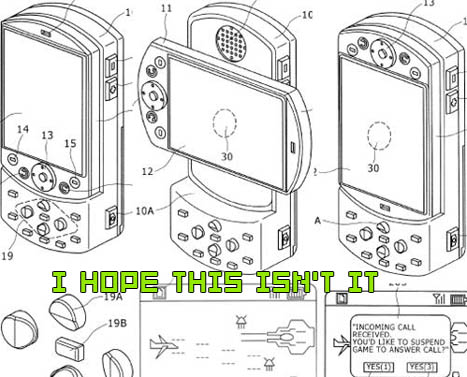 We keep hearing about some kind of PlayStation Phone, but it always seems too silly to believe. Don’t get me wrong; Sony makes a fine mobile phone, and their various branded (and mostly Japanese) mobile devices are all pretty cool. It’s just that this particular one doesn’t seem real.

Now we’re hearing that they phone could launch as early as next year. Next Gen says that Sony is said to be considering launching a PlayStation-branded phone that would incorporate elements of PSP functionality, and this could be released as early as Christmas 2009.

They also say that this new phone would not be co-developed with Ericsson, like the rest of their phones are. Why would Sony go solo on this? A recent Marketing Week article explains:

…industry source says the relationship between Sony and Sony Ericsson has become “frosty” and he adds that Sony has learned from its “strategic error” of giving its Walkman branding to Sony Ericsson.

An insider adds that internal conversations have already confirmed that Sony would “never give its PlayStation branding” to the Sony Ericsson joint venture.

Would you go for a PlayStation Phone? Would it be cool to hold a PSP to your ear?