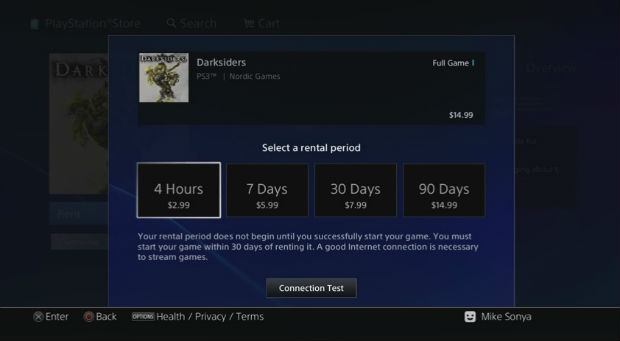 PlayStation Now is a great idea on paper. Note that I use that phrase “on paper,” because in its current incarnation, the prices are outrageous, and the rental timeframes aren’t particularly ideal (the lowest ranges go from four hours to seven days — where is the reasonable three-day option, which is how long it takes to beat most games?). There also aren’t any current plans for PS1 and PS2 games to appear on the service, despite the fact that Sony initially announced them as part of the program.

But Sony has heard your complaints “loud and clear,” on the pricing issue, as it is looking into an update for a PlayStation Now subscription option in the future. No details were given other than the fact that the company is “working on it.” It might come, it might not.

In another bit of bad news for the program, no more details have been given regarding PlayStation 1 and 2 titles. In a statement to Kotaku, the senior director for PlayStation Now stated that they would “only be focusing on PS3 at this time.” Of course, the program is still in beta — of course — but I hope it improves by the time it actually launches officially.

Because after all, they are charging people actual money in the beta itself.