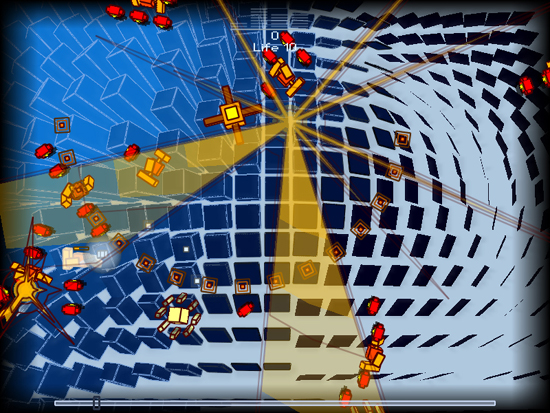 This week’s PlayStation Network update is quite a bit better than last week’s “mehtastic” (Hamza’s word, not mine) offering.

Just as Nick told us earlier, Everyday Shooter was released on the PlayStation Store. A download and $9.99 US later, and you’ll be playing the indie game that everyone’s buzzing about. Be sure to grab the hip Everyday Shooter PS3 wallpaper  while you’re waiting for the game to download.

Ratchet and Clank Future: Tools of Destruction is no small matter either, and even though this is only a downloadable demo, it’s still a good preview of one of the better PS3 games coming up. Both Conan and NHL 2K8 are also available in demo form today.

Being a movie company as well as a games one, Sony never misses an opportunity to hit us with some downloadable videos and trailers: