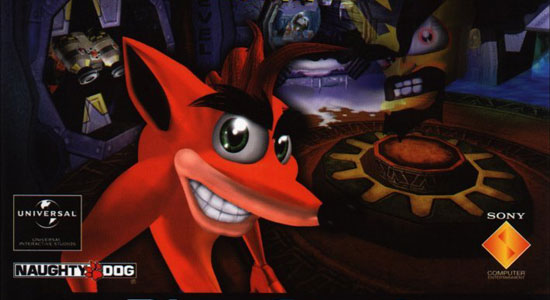 Hey there Sony fans! It’s about time that Sony threw some more things at us to fill up our harddrives and drain our wallets. First, they’re offering up an update to Super Stardust HD. You can now include custom soundtracks and an updated leaderboard, which are free if you already own the game. Otherwise you’re paying $9.99 for the newest version of it. If that isn’t as tasty as a mango, then you might want to pick up Crash Bandicoot 2: Cortex Strikes Back for only $5.99. The PlayStation 1 catalog is slowly coming along.

There are two more Folklore add-ons this week, coming in at $3.99 a piece, or if you’re so inclined, you can get them together in a bundle for $5.99. “The Alchemist Pack” is the third release, and “The Origin of Belgae” is the fourth release, with both providing, “four additional side quests which take place during the events of the original game, plus an extra Folk to capture and an alternative costume for Ellen.”

On the side of Rock Band, there’s Iron Maiden’s “Number of the Beast,” Stone Temple Pilot’s “Interstate Love Song,” and “Die, All Right!” by the Hives, each clocking in at $1.99. There’s also Need For Speed ProStreet, which is putting up another two cars, the McLaren F1 and the NFS: Bugatti Veyron 16.4, costing a harsh $2.99 a piece.

Also, if you’re a masochist, you can download the Kane & Lynch demo. Although, I think that Rev will come and steal your PS3 if you download it, because that qualifies as “console abuse.” As for trailers, there’s a few: Burnout Paradise Guns N’ Roses Network Trailer, Spiderwick Chronicles Trailer #2, and First Sunday Trailer. There’s also two Pain themes, if you’re so inclined.

Besides Crash Bandicoot 2, you can also download Ape Quest for $9.99/level, or $19.99 for the whole bundle, onto your PSP. Sony’s trying to launch the PC version of the PlayStation Store in earnest, offering up eight trailers:

That’s it for Sony this week! How much of your soul are you selling this week to them?