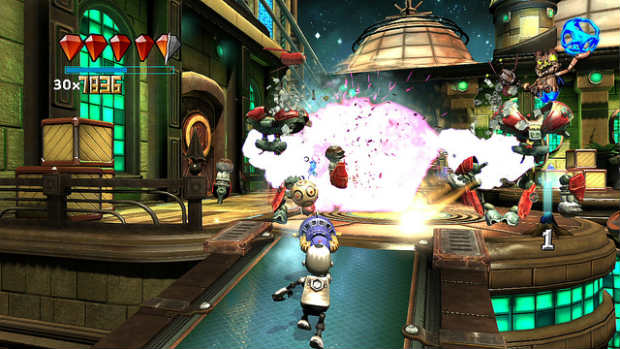 Sony has announced today that PlayStation Move Heroes will be shipping to stores on March 22.

Developed by Nihilistic Software, the game sees a team up between some of Sony’s biggest names: Jak, Daxter, Sly Cooper, Bentley the turtle from the Sly series, and Clank from Ratchet & Clank. The Move-only title plays out like a series of challenges, with each of the characters have his or own unique abilities.

Also, here come the pre-order items: pre-order with Amazon or GameStop to get access to an exclusive skin pack. It’ll include Pirate Sly, Freedom League Jak, and Trillium Armor Ratchet. You can check them all out on the official PlayStation Blog.

I had a chance to play the game a few months back, and had a good bit of fun with the motion control challenges. It helps that I’m a fan of the characters, and although this isn’t the next installment of the Jak and Daxter series, it’s about as close as we’re going to get. For now.