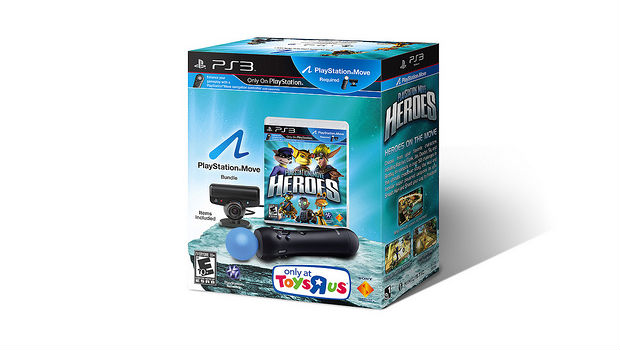 Considering you need a Move controller to play the upcoming PlayStation Move Heroes, it makes sense it would be bundled with Sony’s motion controller, right? Well it is… at least at Toys R’ Us.

The retailer has the exclusive on the bundle which will include the game, a PlayStation Eye, and a single PlayStation Move controller. It’s $99.99, which is a pretty good deal if you’re looking to kick off your PS3 motion gaming love affair.

PlayStation Move Heroes finds some of Sony’s most popular characters — including Jak, Ratchet, and Sly Cooper — teaming up in a series of motion-controlled challenges. Looks like decent fun, and may be the closest thing to a new Jak and Daxter game we’ll see for awhile. It’s out March 22.