Not bad for a first try

I’ve been to a lot of videogame conventions this year. From the relatively small BitSummit to the monstrosity that is gamescom, I’ve pretty much seen them all. I didn’t think this past weekend’s trip to Las Vegas would result in me saying this, but for better and for worse, I think Sony’s PlayStation Experience was my favorite convention of the year.

Part of what makes that so surprising is that the event itself was surprising. Nobody really knew what to expect from the PlayStation Experience. How big would it be? What would the booths look like? Would third-party publishers show up in force? Would it be a ghost town? No one knew.

The doors to the show floor opened up just as Saturday morning’s keynote ended, and we finally got a glimpse at the mysterious PlayStation Experience. At first, it was bustling. Everyone coming off the high of the keynote, and they just wanted to play some games. Attendance was probably at its peak in those moments. It didn’t feel packed, but there was certainly a steady flow of people at all times. 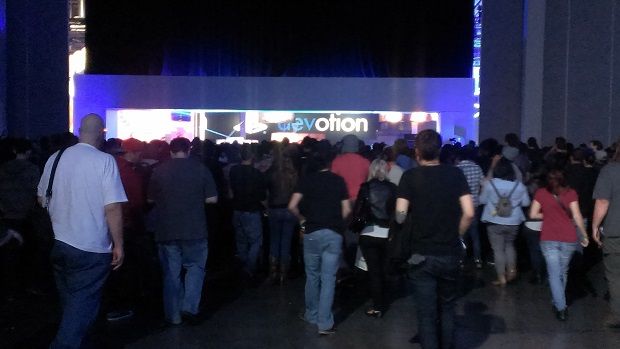 David Jaffe’s segment of the keynote was met with a mass exodus to the side of the room, as people learned the show floor was opening.

After the first few hours, it almost seemed like Sony had bit off more than it could chew with this outing. The convention still felt like a success, but it was impossible to ignore the enormity of the hall that was rented, with a fair amount of empty space in all directions. This was more apparent after some of the crowd started to filter out.

The PlayStation Experience’s strengths were predictable in that they’re the platform’s strengths — first-party titles and indie developers. The first-party games like The Order: 1886, Until Dawn, and Bloodborne were presented with the most elaborate booths and seemed to have the most buzz about them. The indie developers, lined up along the length of one side of the hall, provided dozens of quality-looking titles one after another.

However, the presence of third-party publishers was mostly laughable. Aside from a few exceptions such as Battlefield Hardline, almost every booth was made up of already released games. But, that’s sort of the issue with throwing a convention in December. Most titles these companies want to promote have already released, and it’s mostly too soon to show off builds of 2015 games unless they’re set for quarter one. 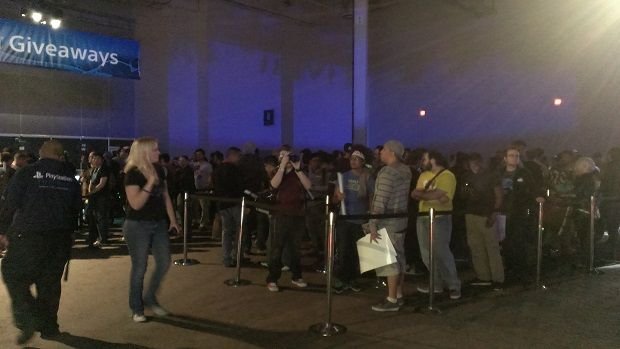 So, the result was there just wasn’t all that much for convention-goers to play in the way of triple-A games. Hopefully most of them spent a lot of time in the indies section, because there was plenty of gold there. It just may not have been what they were looking forward to when they originally planned the trip.

Even though PlayStation fans go nuts for many first-party exclusives, no game had anywhere near the longest line at PlayStation Experience. That distinction goes to the queue for swag bags, as it snaked through a roped-off area and then stretched along the wall of the massive room. The second longest line was probably to play Project Morpheus, as many looked to relish the opportunity to get a first-hand look at a virtual-reality experience.

By the time the second day rolled around, attendance appeared to have taken a significant dip. It wasn’t sparsely populated, but moving about the show floor wasn’t at all a hassle, and it just didn’t have the feel of a major show any more. 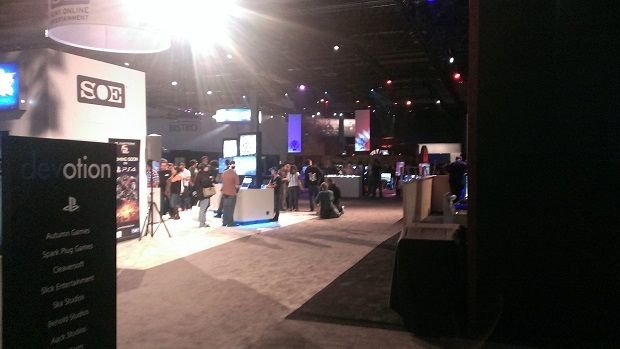 What persisted from day one was the general atmosphere of the PlayStation Experience. Everyone seemed to be in a great mood, and there was just a raw sense of enthusiasm that hung over the entire weekend. Several people compared it to the early days of PAX, before PAX became as overwhelmingly large as it is now. It was just people who were happy to play videogames.

That’s why PlayStation Experience was my favorite convention this year — not because it was the best convention, but because it felt like the most positive show that everyone was genuinely excited to be at. It was a phenomenal first showing for Sony in that sense. If the organizers can scale this up slowly year-by-year while still evoking that attitude, Sony will have something special in PlayStation Experience.