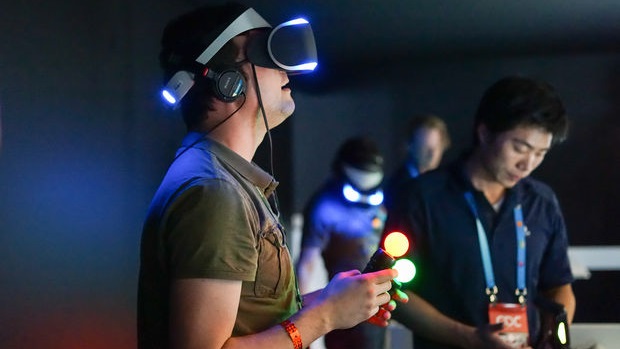 But still wants to deliver brand new experiences to the PS4

As virtual reality continues to burgeon into a very real force in the videogame industry, some leaders can’t help but call into question its monetization potential. Sony Computer Entertainment CEO Andrew House is one of them. However, that isn’t stopping him from backing the effort with Project Morpheus.

Speaking with The Guardian, House commented on the mass market possibilities of virtual reality with remarks of uncertainty. “I don’t know, but I think that at the very least it’s going to be another really interesting advance for the PS4 ecosystem and another way to deliver brand new experiences,” he said with regard to Sony’s Project Morpheus.

House further hinted that it wasn’t so much a matter of immediately turning a profit with virtual reality, but rather an opportunity to invest in developers and technological advances that inspired Sony to get in on the craze. “With Oculus we saw this groundswell of game development that didn’t necessarily have a monetizable or a business option, but [developers were] so passionate about this space that they were doing this essentially in their spare time,” House commented. “It struck that me that if there’s a variety of game developers showing interest in this space then it’s probably time to jump in and see if we can play a part and give them the tools they’re looking for.”

That’s why Sony’s not shying away from virtual reality. “It’s definitely more than an experiment. We’ve made some commitments; we’re putting significant investment into the product,” House said. He continued with “We do now think that we can get to this point of delivering a magical sense of presence — where your brain tricks you into thinking you’re actually in this place. We think there’s something there that could be really, really interesting for a next frontier of game development.”