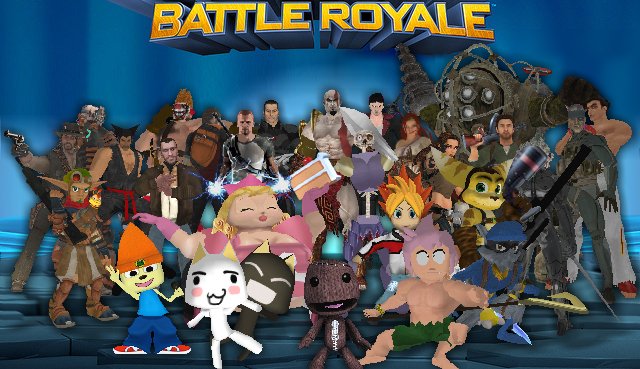 It’s like that snake that’s eating its own ass

I can’t remember when, but apparently I challenged the Super Smash Bros. Brawl hack community to recreate the upcoming PS3/PS Vita title PlayStation Battle Royale All-Stars using the game that inspired it. I doubt my challenge had anything to do with this, but if it did, then… you’re welcome?

According to the hackers, this project was created “To celebrate the ‘PlayStation Battle Royale All-Stars’ game, the copy of Super Smash Bros…“. As far as celebrations go, this one is pretty thorough. Other than Colonel Radec from Killzone, it looks like the gang is all here, including Parappa, Kratos, Nathan Drake, Sackboy, and even Big Daddy. On top of all that, we’ve got new big name celebrities from other titles that have appeared on PlayStation consoles, like Commander Shepard, John Marston, Isaac Clark, Lara Croft, Niko Bellic, Tomba (!) and more. Sadly, Tomba looks a bit jank, but everyone else looks relatively legit, if not slightly uncomfortable in their new standard definition tights and skins.

So not only is this fan-made copy of a copy of Smash Bros. Brawl free, but it actually includes more new characters than the copy that it’s copying. There is something ironic in all that, but I’m having trouble pinpointing exactly what. All I know for sure is, I’m a lot less motivated to buy PlayStation All-Stars Battle Royale now.