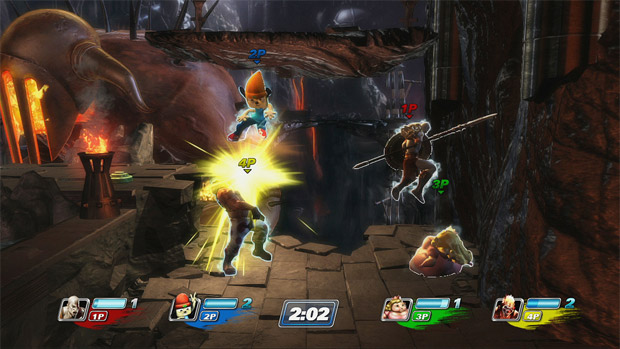 Given all of the balancing considerations that go into a game like PlayStation All-Stars Battle Royale, it strikes me as a title that could really stand to benefit from putting together a public beta. As such, it’s reassuring to see that such a beta is happening this fall.

Leading up to that point, lucky gamers will be gradually added until the big day when everyone is allowed to partake. The beta grants players access to Kratos, Sweet Tooth, PaRappa the Rapper, Colonel Radec, Sly Cooper, and Fat Princess; for stages, it’s Dreamscape, Metropolis, Sandover Village, and Hades.

In the PlayStation Blog announcement post, SuperBot Entertainment president Chan Park addressed the recent Battle Royale leak, saying: “We’ve enjoyed reading all of the fan reaction and are thrilled that so many of you are excited to learn more our character roster and level mash-ups, however we are still in development and the leaked content does not fully represent the final product nor the incredible efforts that were made to make these elements truly spectacular.”