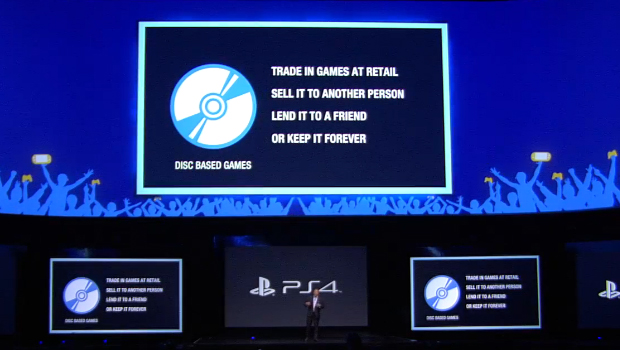 Sony calls out the Xbox’s bullshit

Sony confirmed that they won’t be putting any restrictions on used games. They stated that they believe people have the right to do what they want with the games they buy. Gamers will be able to sell, trade, lend, and rent video games as much as they want.

You also won’t have to be online to play games, there won’t be a check every 24 hours, there is no DRM built into the system, and an internet connection won’t be required to use the system.

Way to go Sony! They really stuck it to Microsoft with this one.