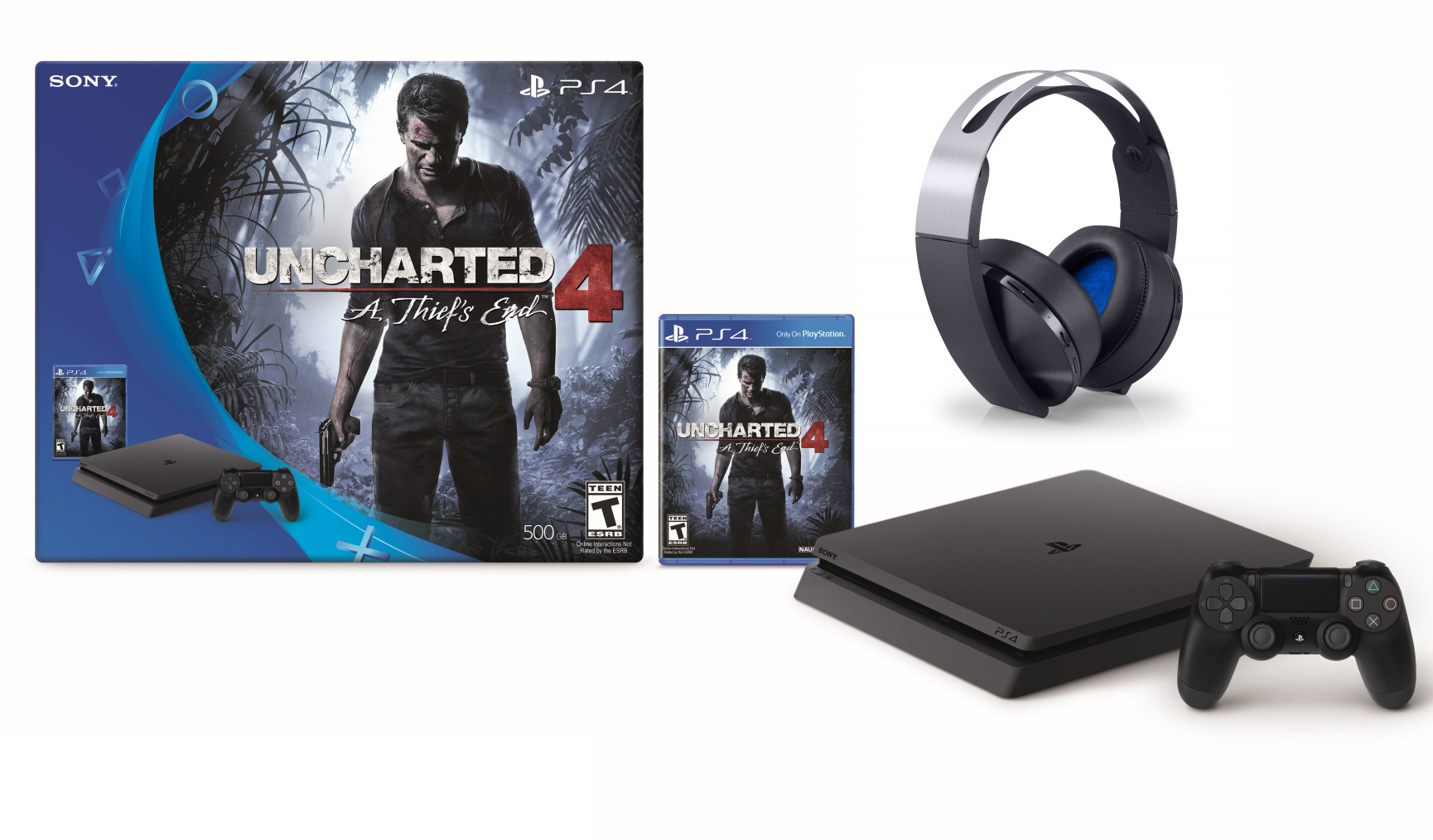 Update: not a big surprise, all sold out online.

We figured there would be plenty of PlayStation 4 Slim deals come this holiday season – as transitional time for a console’s lifespan is always tricky since consumers have to decide between the older cheaper model vs newer but more expensive model. But we didn’t think we’ll see major deals before the September 15 release date. Imagine our surprise today as Best Buy tossed out a ridiculously good pre-order deal on the PS4 Slim.

For a limited time, you can pick up a Sony PlayStation 4 Uncharted 4 500GB bundle with the new Sony Platinum Wireless Headset for $299.99. Yes, that’s the same price as the standard bundle sans headset.

How good of a value is the additional freebie? If you don’t recall… it’s being listed at $159.99. And thus to drive demand and move units, Best Buy is offering probably one of the best PS4 Slim deal on the market as of writing.

Some more details on the $159 headset with 7.1 virtual surround sound can also be found here (along with other new accessories for the PS4 Slim and Pro).

Shipping is free with this deal but you can also choose store-pick up. It looks like Best Buy will start shipping units well before release as ETA date is as early as Sep 16 if you opt for shipping.

We don’t think this deal will sway anyone waiting for a PS4 Pro, but if you’re new to the PlayStation family and you’ve decided to forgo the pricier Pro, this is probably one of the best Slim deal you can get before its September 15 release date.