An analysis of Sony’s next gen opening gambit

So, the PlayStation 4 was revealed last night. Well, bits of it were. We saw the controller, we saw some games, and we got a glimpse at Sony’s online plans. There’s some encouraging stuff, some worrying stuff, and some stuff I really don’t care about. Overall, I’m definitely keen to hear more, though I’m not exactly feeling the hype.

One element of this isn’t exactly Sony’s fault, but it’s a worry that was expressed to me by a number of gamers throughout last night — until we see actual, final, definitive gameplay, we can’t tell if we’re being Gearboxed or not. The recent furor over game previews and “vertical slice” demos led to some very guarded reactions throughout Sony’s event.

This wasn’t helped by the second half of the event being given over to “concept” ideas rather than proven work. David Cage was on hand to show us an ugly old man’s face, and it looked very impressive. It was stunningly reminiscent, however, of the PS3 Alfred Molina tech demo that looked far more impressive than any of the faces that eventually made their way to Sony’s current-gen system. 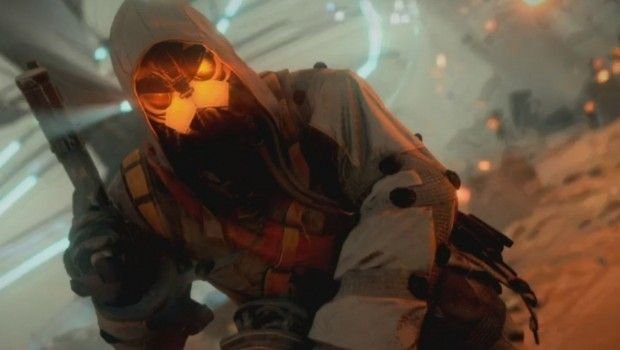 This is good insofar as it came across as more honest, but it does also demonstrate a key issue here — as much as we’ve been clamoring for a new console generation, room for advancement in terms of raw graphical power is limited. It’s quite obvious that neither the PS4 nor the Next Xbox will significantly surpass currently available gaming PCs, and won’t even make for a dramatic visual difference between themselves and their predeccessor consoles. We leapt from PlayStation to PlayStation 2, we jumped from PlayStation 2 to PlayStation 3. The move from PS3 to PS4 looks set to be more of a skip.

One other issue seems to be that the next generation may not see a landscape shift in terms of creativity, either. It’s early days, but it was telling that, outside of Knack, the game announcements brought little freshness to the table. We had a Killzone sequel and an inFAMOUS sequel. We had PlayStation Move showing us some more banal motion-based junk food. We saw teases of Destiny and The Witness — two games we’ve already known about for eons. Square Enix confirmed another Final Fantasy, and one of the biggest reveals was a port of Diablo III. We look to new generations to shake things up, to present us new properties and new ideas. We didn’t see too much of that.

This was just an early taste, and hopefully we’ll see lots of new IP revealed between now and launch, but the fact Sony wasn’t bold enough to show us all-new game ideas right now is a telltale sign of the fear permeating the console market these days — the fear of fresh property, and non-franchise content. Based purely off what Sony wanted to sell us last night, I’m seeing the PS4 as more of an extension to this generation, rather than an entirely new one, at least when it comes to the business of making games.

Although there’s not much legroom in the graphics department, there’s still plenty of space when it comes to social integration and online play — something Sony’s well aware of and clearly embracing. While some gamers may laugh at the idea of a “Share” button on the new DualShock 4, it’s actually not a terrible idea at all. It’s something mobile phones have been adopting lately, due to the overwhelming popularity of Facebook and Twitter, and I actually really like the idea of Sony tacking that on, even if I may find myself barely using it. The idea of greater interaction between users, being able to view live gameplay and even jump in to help out, can all be viewed as ancillary fluff, but it’s good ancillary fluff, and may make a far more dynamic and involved counter to Nintendo’s Miiverse.

Of course, what really has me tantalized is Sony’s pledged commitment to throwing away barriers. This makes total sense — if Sony’s going to essentially give us a PC in a console package, it needs to adopt more than just graphical horsepower. Being able to stream games, and to play them as we download them, as well as gain instant access to any title that fits our interests, this is all important stuff to me. I hate videogame companies wasting even a second of my precious time, and any effort made to deliver content instantly is going to be a big hit. We’re already getting our movies, television, and music at the touch of a button — it’s time games seriously followed, rather than erecting more barriers, like those seen this past generation.

We can expect to see more talk of “connectivity” and “integration” in future, and I know it’s worrying to some gamers who care only about the games. Neither Sony nor Microsoft have much choice in the matter, though. Until they can make another huge graphical leap, these companies are going to have to innovate in the realm of connectivity — and that means more social networking, more interactions with smartphones and tablets, and more made-up buzz words. A lot of it’s going to be stuff we either don’t care about or will use for a few seconds before disposing of. Some of it, however, is going to be genuinely exciting, and I look forward to seeing it.

Self-publishing is one such promising prospect. Another major benefit to PC gaming is its indie scene, and if Sony can encourage that on its system, all the better. The idea of getting something like Amnesia or The Legend of Grimrock on PS4 as well as PC threatens to get me a little hot under the collar.

This eager approach for digital content is healthy, but it’s tempered by some setbacks. News that the PS4 would be unable to carry over purchases made on the PS3’s PlayStation Store is disappointing, and emphasizes the issues with the console market’s current attempts at offering downloadable content. The console industry has no elegant solution in place, and hammers home the fear gamers have of not truly owning their games when they buy them. While not a deal breaker, needing to keep a PS3 to access content bought on it, and not just the physical stuff, is a frustration.

As of right now, this is where I stand on the PlayStation 4 — I like what I’m seeing, but I’m not in love with what I’m seeing. Part of that’s due to my increasing cynicism surrounding pre-release hype. Part of it’s due to my seeing the same old game industry trying to sell me on a new generation. Part of it’s due to the fact that, in a presentation where you can only wow our eyes, the visuals just aren’t groundbreaking enough to do the job.

But I’m keen. I rarely fail to adore any new piece of Sony hardware I drag into my house, and while I might later be furious at Sony’s future mishandling of said hardware, I can’t deny it makes a damn good shiny entertainment box. Am I stunned by Sony’s shining light of hardware wizardry right now? No. But I’m definitely open to the possibility.

Oh, and I actually kind of like the Dual Shock 4!