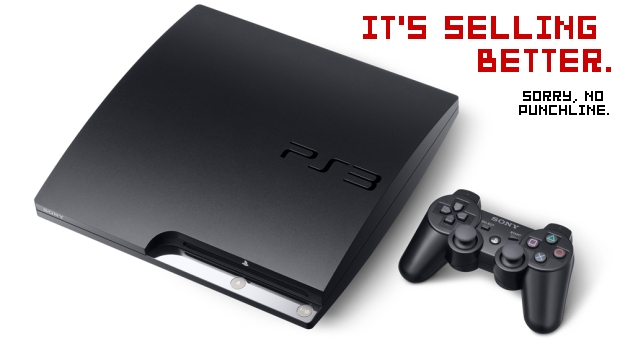 Sales for Sony’s PlayStation 3 have been steadily increasing since the company found a way to remove its head from its ass by lowering the price point, and coming up with an advertising campaign that makes sense. According to the math wizards over at Shacknews, after the 6.5 million Q3 sales of the console that were recently announced, the grand total of PS3s sold is 33.71 million.

33.71 million is only half of the Wii’s current worldwide sales, but Sony does seem to be catching up a bit to Microsoft, who sits not so comfortably at 39 million. With increasing year-over-year sales of the PS3 (Sony’s already sold more PS3s this fiscal year than all of last fiscal year) we might see a new console sitting in second place pretty soon. God only knows how many systems God of War 3 is going to move.