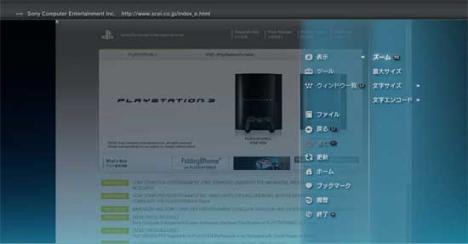 Sony is finally putting their expensive Playstation 3 to good use with the newest Japanese update 1.6 which includes Sony’s newest application, Folding Home which allows users to use their Playstation 3 as part of a distributed computing network to support Stanford University’s protein rendering project.

Basically what that means is Stanford University will be able to use the power of thousands of Playstation 3s around the world to study the folding and unfolding of human proteins which in turn could lead to cures for diseases like Cancer, Alzheimer’s and Parkinson’s.

The Playstation 3 is 20 times faster than a standard PC which means the system will allow scientists to study the proteins in real time and from any angle. Once the update is available in North America, Playstation 3 owners will only have to click on the Folding Home icon and the program will automatically load if the system is idle and still connected to the internet.

Users will even be able to study the proteins themselves if they wish to help the cause. The update also includes a zoom tool for web browsing and the ability to download items in the background while playing a game or movie.

To view the program in action, check out this video.

Finally nice to see people accepted the fact that video games are the answer to all the world’s problems instead of just being the cause of them.

Thanks GodLen for the tip