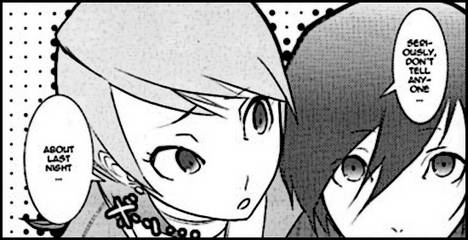 Well Hell, I guess motivation has hit me at quite an awkward time. There’s only one day left for this musing. Despite it, I think I’ll be able to write something out. So yes, “Playing With Yourself”, quite an easy phrase to poke fun at as an innuendo. We all know that it’s quite funny, but I’ll try my best to restrain from taking the low road.

I enjoy playing games with others, and I usually have a much more exciting and fun time doing so then playing alone. For me, the outside experience surrounding the game is what I take in and cherish most when I play a game with others. A one player game however tends to pull me inside, the experience within the game. Multiplayer or not, memories are made despite the number of folks on my couch.

The last game I played by myself was Persona 3. After 70 hours played over a good quarter of a year, I’ve finally finished it. I was extremely surprised when I found myself picking up this game every few days to play for a few hours here and there. A 70 hour game usually isn’t something I’d commonly commit myself too. Persona 3 though, hit me like a sack of bricks.

It was so fresh, so innovative, and creative. I’ve never played anything like it in my life, well except for a few elemental parts of it that flashes me back to Pokemon, Harvest Moon, and Final Fantasy. Persona 3 felt like an extraordinarily beautiful fusion between all three of those games, with unique ambitious ideas and a personality to call it’s own.

The most rewarding parts in Persona 3 to me were the interactions between my character and the ones around him. Learning about the mystery behind the game’s plot that reveled itself further and further from month to month, and learning more about each individual character you acquaint yourself with along the way. It really kept me curious and engaged to the game throughout. There just seems to be so much content and depth squeezed into it, especially when it comes to characters. 70 hours just won’t cut it if you want to see what makes everyone tick in the end. That’s if, you’re not using GameFAQS.

If this game were anything besides solely being a one player game, personally, I believe it would have lost a lot of it’s charm. I remember playing it when a roommate of mine was seated on the couch next to me. I wasn’t embarrassed or anything about playing it, but I do remember not being able to focus as well on what was exactly going on at the time when things were going on and feeling as if I were robbing myself of pleasure by not giving the game my full attention.

I enjoyed Persona 3 quite well, but what is it that makes “playing with myself” a little more appealing then “playing with others”. I think I’ve only vaguely scrapped the top so far. When it comes to playing alone, I feel. When I am playing a game that holds itself up well in standards of quality, was made to capture the player’s curiosity, and pull on their heartstrings, no multiplayer experience I’ve ever had has ever come close to the emotional depth that a great one player game can provide me. When a game asks you to invest yourself emotionally, the joy and pain that comes from that interactive experience seems to magnify every part about it in a better light, engrossing you deeper and deeper within. 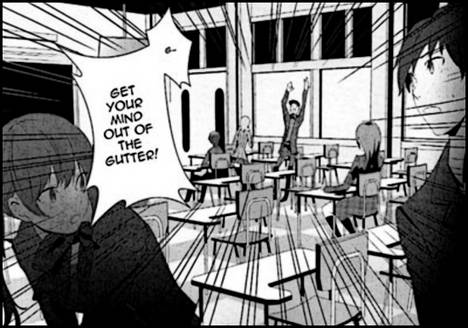 Emotional investment can make or break a game with me. If I am committed deeply to a game, I’ll usually turn a blind eye or forget about many minor or sometimes major flaws in a game. Persona 3 is not without it’s flaws, but I could care less about most of them. I’ve fallen in love. Selective ignorance like this is really what makes fans fans and folks that hate certain games and fans angrier. Nerds will always be there to point out flaws and faults in everything ever created. There’s no doubt about that. The entire Internet is pretty much a pissing party about anything you hold close.

What I’m trying to say is, that playing with yourself is a very special, intimate, and personal thing. The Internet can be a hard place to express and understand that kind of love. Next time you feel the arousal of eagerness, as you wrap your warm throbbing hands around a controller, in anticipation of releasing yourself in ultimate joy, cherish it. Masturba — , I mean playing videogames alone is a great way to express love to yourself.

In the words of Whitney Houston, “Learning to love yourself, It is the greatest love of all”