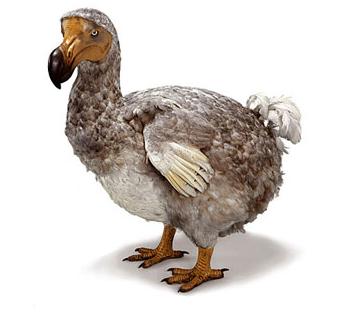 [Editor’s note: blehman talks about the death of split-screen gaming for his Monthly Musing piece. —  CTZ]

Remember the good old days? The days where you’d roll over to your buddy’s house, or vice-versa, and spend hours sitting around playing games? It may not even have to be the good old days though. It could be as recently as last week, or even last night. But time, time isn’t what’s important here. Enjoyment is what’s important. The difference to me now is how much more enjoyable it used to be to play games with your buddies in the same room, over what it’s turned into now.

I’m talking about the split-screen mechanic, and why I think it’s now overshadowed and surpassed in most cases by online. I believe that due to the massive increase in technology and graphics, we’re better off playing more online and less in person. Even though we lose some of that togetherness that arcades and couches gave us, I think that, in the end, we’re even more connected now than ever.

But there are still a lot of games that I’d rather play one-on-one in the same house, on the same couch, on the same screen. Most of them are same screen multiplayer games however, games like Street Fighter II and Castle Crashers. It’s just not the same hearing trash talked into your ear in a headset from an opponent miles and miles away compared to it being right there, two feet from each other screaming obscenities or silently, frantically, mashing buttons, tongue twisted outside the corner of your mouth, breath held until one goes down. It’s definitely not the same with you not being able to see the agony, embarrassment, and shame in an opponent’s eyes after beating him ten times in a row with a pink character.

You know which one you are.

Castle Crashers takes me back to the days at the arcade, standing around X-Men, TMNT, and Simpsons cabinets, silently enjoying the comradery of four strangers kicking the shit out of things together and the frantic application of quarters when you died so that you wouldn’t be the one who didn’t help. You had the face-to-face enjoyment, you didn’t have anyone who played for a second only to drop out, and if they did it was probably because their parents were calling. Heck, Lightgun games were the greatest, even with a random newb helping you out on one side.

There are even some split-screen games that I’d rather play side-by-side than across the Internet. Racing games, while not particularly my strongest suite, are immensely more fun being played in the same room. Please note here that I have not played Burnout Paradise, so I can’t say anything on that subject, but for a straight one-on-one you and your buddy match, split screen is the only way to go. Especially on games like Mario Kart and F-Zero, two of my favorite old SNES games. I remember the thrills of racing through the world of Diddy Kong, then switching over to the high tech streets of Gran Turismo 2, and being blown away by switch up to NFS: Most Wanted. Taking the lead, dropping your gaze, and seeing the back of your vehicle in your opponents screen as your seconds from the finish line is one of the sweetest feelings you’ll ever get.

But alas, my love of split-screen ends here. For all the other games in the world, basically your third and first person shooters, gone is the day when it was acceptable to play more than one person to a screen. In fact, the only time I ever found it acceptable at all was with Goldeneye, and that was just the pure fun factor of not being able to see and trying to shoot polygonal versions of your favorite Bond character with the oddest damn control scheme ever. And for third person games, it’s never been really OK, but it is easier than their first person brethren.

For me, it’s that you’re taking out half of my field of vision, and besides just that, you’re adding a distracting feature in the other half. Playing co-op with someone results in my gaze being drawn to the other screen to see where the baddies are that he’s firing at, which can end up with disorientation when you look back at your screen. Their actions can also dictate my actions, especially when they run ahead, and with my limited view of things can’t be seen, die, or need help. Without a full view of things, all I can do is base where they are by context clues on their screen, or there frantic yelling of “No, not that way, that way!”, which means nothing to me. Just the simple equation of “Lots of baddies headed at you – half your field of vision + distracting movement on the same screen as yours = Not very much fun, pal.

When playing versus on the same screen, it’s also too easy for most people to cheat by looking at the other part of the screen. Add in the fact that a two-player deathmatch is about as much fun as throwing rocks at each other and you can see why I dislike it so much. Hell, even with three people, most maps today are meant for upwards of sixteen, so you have a lot of ground to cover, a lot of cover to look behind, and a lot of wasted ammo. Can other people enjoy it? Probably. Can I? No.

I think that this is all probably due to the advancement of graphics on consoles now. Previously, on the SNES, N64, or PS1, the backgrounds would be largely empty, or blocks. Now, with the advent of “next-gen” technology, everything has to have more in it. More grit, more boxes and more moving things. As you squeeze what was designed to be a full screen game down to half or less of a screen, all these things need to be squeezed down too, resulting in a confusing blur of grit and boxes and bad guys all vying for the attention of your limited capacity to see everything at once.

In the simpler times, things stood out more, and blended less into a gigantic background of HD brown and grey. Meh, maybe I’m just getting older and need better glasses. The point is, I just don’t find split-screen gaming suits my needs anymore.