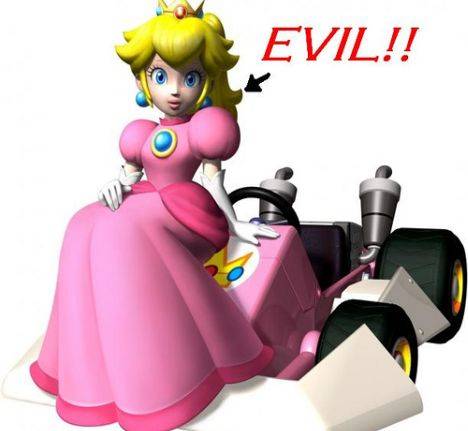 [Editor’s note GrumpyTurtle shares with us a very emotional story about gaming with his mother for his Monthly Musing piece. — CTZ]

I had written this about a week in a half ago, but seeing eternalplayer2345’s blog about playing games with his brother gave me the oomph to put it up. So thanks to him.

My mother never showed much interest in videogames in my younger days. She would mostly tell me to turn it down because whatever music loop on the current game I was playing would be driving her mad.

So I was rather surprised when I asked her if she wanted to play Mario Kart 64 with me one day, and she said yes. Of course she wasn’t very good, she didn’t know how to use the analog correctly, and she wouldn’t push the stick lightly for small turns — it was all or nothing.

I would slow down, run into things, and intentionally screw up to keep it close, so my mom wouldn’t think I was trouncing her. I’m sure she knew I was letting her win now and then, and keeping it close, but I don’t think it mattered to her because I was having fun. And surprisingly, so was she. My mom started playing games more and more with me. Nothing but racers, mostly Mario Kart 64. Over time, I would wake up in the mornings and find her playing the game on her own. The Princess was her most hated enemy.

It was also fun to just watch her play, which I think is also a form of playing with someone. Over time she got better and better, till the point where I didn’t have to take it easy on her. She would beat me now and then, and it wasn’t because I was letting her. Now and then, she’d even talk my dad into playing it with her. But he was more confused with it all then she was when she started.

A year in a half ago, my mom passed away from cancer. In the months and years leading up to that I moved out, but left some things in my old room like my Nintendo 64, my GameCube, and my Xbox. I found out that my mom would regularly go into my room to play my old videogames.

One day I visited her, she was pretty sick at this point. The cancer was starting to take it’s toll, but when I went into my room to say hello she was looking very proud, and she was more then happy to show me why.

She had beaten almost all of my records on Diddy Kong Racing. She gladly went through and showed me her scores, and the ones she was having trouble with. I played Diddy Kong Racing with her that day and got my butt kicked, but it felt good to get pummeled because it let my mom forget that she had cancer. She was just having fun with me and enjoying gaming.

At this point I showed her Burnout and taught her how to play it, but she didn’t take too well to it. She played it with me, but didn’t care too much for it. My younger sister informed me later she would catch my mom playing it by herself, crashing into other cars and laughing to herself. Though oddly, she didn’t enjoy Crash Mode. I guess she liked it more then she let on.

As my mom’s condition worsened, she wasn’t able to go into my room and play my games anymore; she was stuck in her room and in her own bed. One day I brought two DS’s over and played some Mario Kart DS with her, but her eyes couldn’t handle the small screen and it didn’t last long.

It would be the last time I got to play games with her. It wasn’t till I saw this month’s Monthly Musings that I realized how much I missed playing Mario Kart with my mom. It was nice seeing her forget about the pain and just enjoying herself.

Some people may think it’s silly to say that some of the best memories I have with my mom were listening to her chuckle as she hit the Princess with a shell, or barely beating me in a race. Videogames were important to me and she wanted to share that with me. In doing so, she found something she could enjoy too. Some may also say playing videogames with your parents or kids isn’t bonding, but I strongly disagree. Those will be memories I will always treasure. So try playing something with your parents. You never know, it could be some of the most fun multiplayer you encounter, or it might just help them forget the hard times they’re going through.

All her records still stand on Diddy Kong Racing, and I wouldn’t ever beat them, even if I could. And if you see the Princess, hit her with a red shell for my mom.