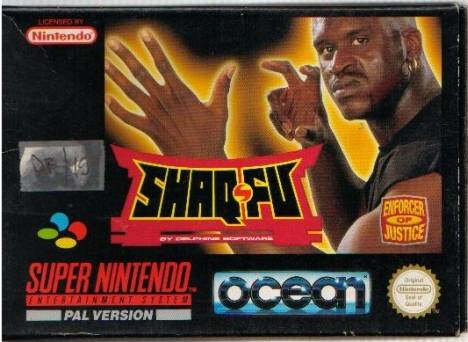 [Editor’s note: pendelton21 talks about how he bonded with his father through Shaq-Fu for his Monthly Musing piece. — CTZ]

My father is a gigantic f*cking nerd.

For some background: he majored in History in college, collects minor league hockey jerseys, loves everything about every major war that has ever taken place, and collects figures and models.

He’s also a pretty big gamer, though maybe he got that from me. My very first console was the NES back in 1993. It was also my father’s and we would get in frequent bouts over who got the next turn in Duck Hunt (dad usually won). But, games were never truly a part of the relationship between my dad and me until we got a SNES a few years later. That’s where my dad and I found a love for fighting games, and, most importantly, the much-hated Shaq-Fu.

It has been said “Shaq-Fu must be eliminated for everyone to feel at peace.” To say that this game is hated is to say that China has a few citizens, or that Necros is a little bit racist. This game is straight-up reviled by many: it’s got a god-awful story (Shaq enters a Chinese antique shop before a big game and gets sent to another dimension), horrendous controls, a cast of characters worse than the list of actors in the new Dragonball movie, and terrible music. But, my father and I would sit down, daily, and battle to see who was the bigger man in this God-awful game.

I’m not quite sure what it was that made the game so appealing for the both of us. While I was a child of the 90’s and thus loved Shaq (I’ve seen Kazaam WAY too many times), I never followed basketball. 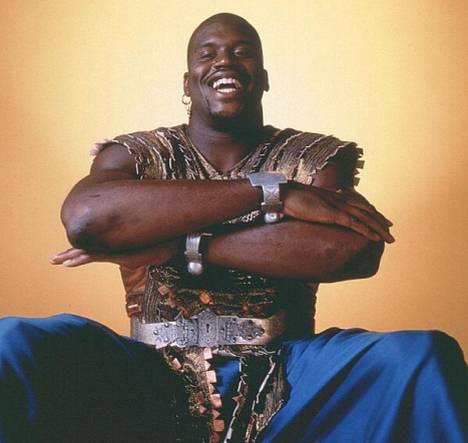 Seriously, I used to have it memorized.

My dad was the same way. Neither of us ever had any experience with fighters before. In fact, I only picked up this game as a rental due to the commercial, which, at the time, was very mysterious and awesome:

One day as I was playing, I just happened to ask my dad if he wanted to sit in and go a few rounds. From that point, my father and I started a love affair with this game.

When dad was at work, I’d stay at home and make my way through the single-player scenario as each character, honing my skills for the matches that the day would inevitably lead to. Dad would get his time in on the weekends, while I was out doing kid shit, I guess (usually involving playing Chex Quest and You Don’t Know Jack at a friend’s house). So, we were at a generally even level. Of course, we both had our signature characters; I liked Rajah because of his sword and Beast for his fighting style and slight resemblance to Carnage. My dad would vary between Sett and Mephis.

I bet none of you even know those people.

Shaq-Fu was, to my dad and I, catch. Rather than stand outside and throw the ol’ pigskin around, we’d stay in the living room and beat the piss out of each other before dinner. This was how we bonded; dad taught me his life lessons and my first swear words while staring into the TV set. I taught dad the fundamentals of button mashing and combos. Though many people might question it, my father and I loved Shaq-Fu.

As the years passed by, we moved on to bigger and better consoles, and dad and I never really played each other in games anymore. When I go back and play Shaq-Fu today, I still can’t understand why either of us put so much time into a game that plays as well as Jessica Simpson can act (and looks a lot worse than her, too).

Sure, this game was shovelware (before the term was even invented), created ONLY because Shaq was such a huge star at the time. But no matter how bad the game is, it’ll always have a place in my heart because it was something that brought me closer to my dad.