I’ve played every Driver game since the original yet I’ve never actually beaten any of them. I stopped playing each one shortly after the beginning levels because the series seemed to always end up competing with my preferred choice in vehicle carnage, the Grand Theft Auto series. Except the original Driver. I stopped playing that because I couldn’t even complete the horrible tutorial stage.

So needless to say, I’ve been interested in Driver: San Francisco since it was announced if only to keep up the tradition of saying I’ve played every Driver game ever made. Now I have no idea if I’ll end up abandoning the single-player once again since I haven’t gotten hands-on that yet, but I do know that I will play the every living hell out of the multiplayer.

What’s got me so excited for Driver: San Francisco’s multiplayer? Well as Tony Ponce put it when he saw Driver at E3, it’s the whole Matrix-like abilities you’re given. In most of the multiplayer modes, you’re able to shift out of the car you’re in and take over any other car you see. It’s basically like the car chase scene in Matrix: Reloaded, where the Agents are taking over vehicles in order to run down Morpheus and Trinity. Also, I can’t believe I just made a Matrix reference in 2011.

Shifting out of your vehicle is essential in Tag mode, where players need to be tagged it the longest in order to win. Four players will start out all next to each other with one randomly tagged it. In order to become it, you just need to smash your ride into the person that is it. Once it, you can’t Shift out of the vehicle so you have avoid everyone else until you’ve reached the required points to win. 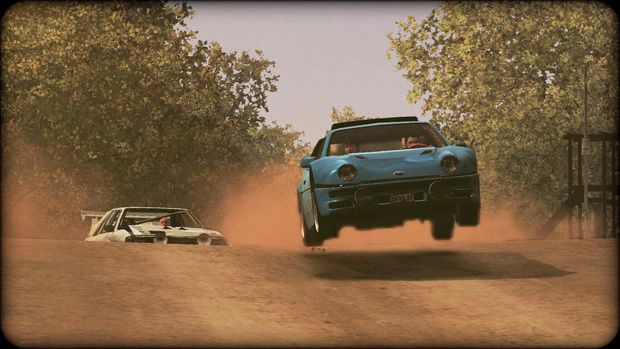 It’s very easy to get behind other players in the hecticness of a chase, especially if you mess up by spinning out of control or hitting another car, for example. It’s going to be next to impossible to catch-up, so that’s where Shifting comes in. With the simple press of a button, you’re taken out of your vehicle and can see the entire city of San Francisco high up in the sky or right down on street level. You can move your cursor anywhere on the map and hi-jack any vehicle that’s not controlled by another player.

You’ll want to use some strategy when you’re picking a car. Do you want to pick a car that’s oncoming towards your target or maybe jack a car that’s about to get passed up by the tagged player? It’s not going to be as simple as you think. I mean, the logical choice to me during my hands-on was to stick with oncoming cars but there were plenty of times I missed just by a fraction of a second. It’s just a matter of timing and a little bit of luck.

Picking cars is also a matter of strategy as there are are over 125 of them, ranging from sports cars to big, slow trucks. As for how the cars felt, it was a little like a cross between simulation and arcade style. The learning curve on the vehicle handling is a bit hard at first, but I got it pretty down after the fifth match or so. 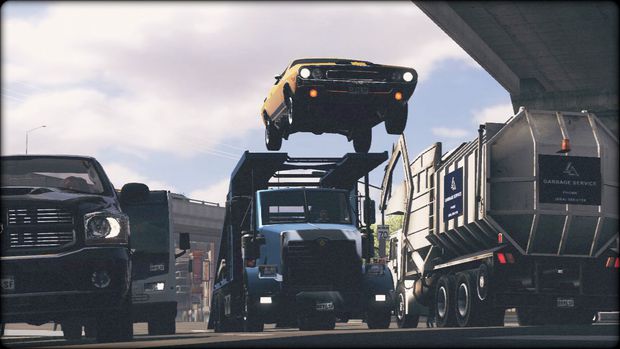 There are actually over 10 multiplayer modes, ranging for four to eight players in free-for-all games or team games. One of the team games is called Cops & Robbers, where one person is the robber and three others are the cops. The goal of the robber is to hit four drop-off points on the map and the cops need to ram the robber’s car until it’s completely busted up before it can hit all four locations. The robber is restricted to one vehicle while the cops can Shift into any car they want.

In another free-for-all mode called Trail Blazers, the computer AI is racing around and leaving an energy trail. Players need to get behind the AI car and suck up enough of the energy trail in order to win. Everyone can Shift in this mode and you’ll be doing a lot of Shifting as players will be knocking into each other quite a lot in order to get a piece of the energy trail.

As for the other modes, expect things like Capture the Flag, standard racing and even a type of base defense mode. All the modes will take place in the more or less open world of the “ideal” version of San Francisco. So the city is designed to handle the modern age, as opposed to what it’s really like where it feels like you’re in the middle of a Twisted Metal match or something. The streets are all filled with people too, but you can’t run anyone over. 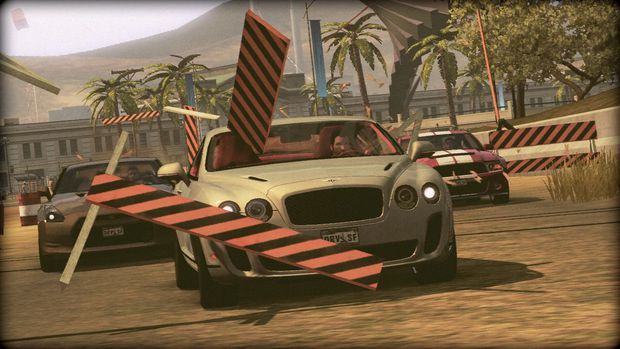 If I had one complaint, it was that the cursor you use to select cars when Shifting needs to be more precise. More than once I tried to select a car only to end up in another car that was right next to my intended target. It’s quick to Shift right out, but does cost you some time.

All in all, Driver: San Francisco’s multiplayer was a ton of fun. I really hope Ubisoft puts out a demo of the Tag mode online before release. I was skeptical when I read previews of this mode beforehand, but you really need to try it for yourself to really understand it.