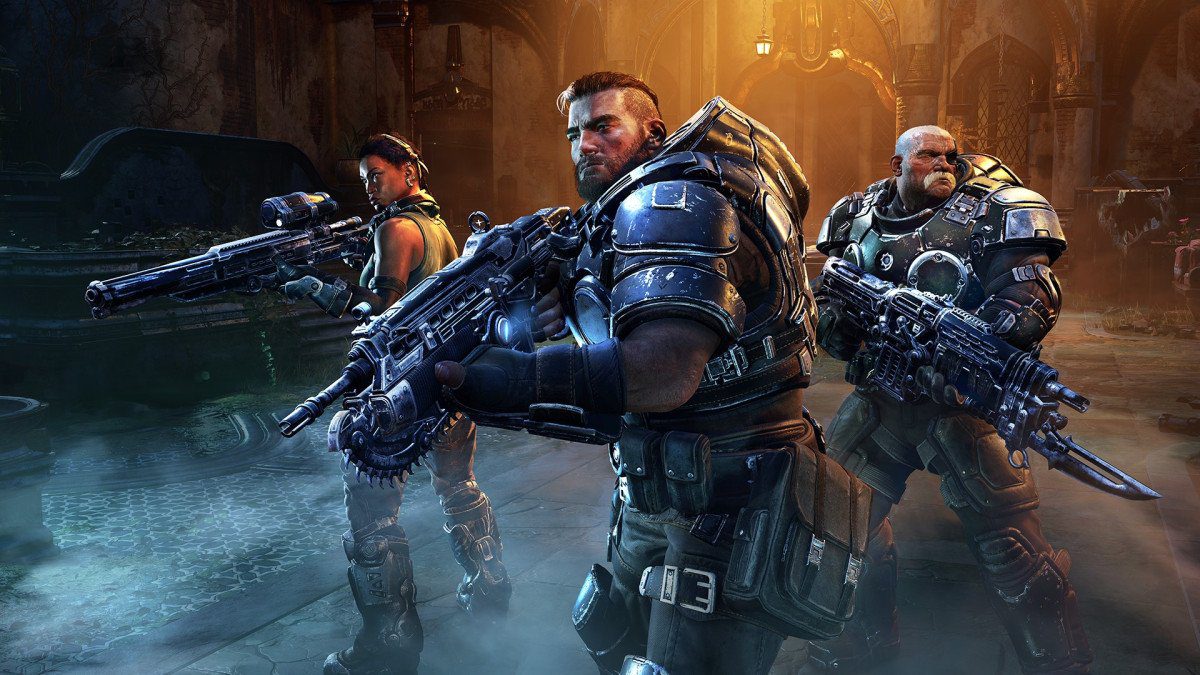 Gears fans should play Gears Tactics. It’s not an essential part of the lore and it’s not the classic Gears formula, but there’s a lot of familiarity in Gears that translates well to turn-based strategy. I know I’m going to be lobbying for its inclusion in some Game of the Year discussions.

As if being a totally quality game weren’t reason enough, here’s another carrot on a stick: Gears Tactics protagonist Gabe Diaz will be a playable character in Gears 5 multiplayer. All you have to do is play Gears Tactics on PC or Xbox to unlock him. Gabe joins the roster on November 17, one week after Gears Tactics emerges on Xbox.

Playing a separate game isn’t as arduous in this case because of Xbox Game Pass. Both Gears 5 and Gears Tactics are included with Xbox Game Pass, so there’s no need to own both of them in order to unlock Gabe. One subscription will have you covered.

Gabe brings another branch of the Diaz family tree to Gears 5. He’s Kait’s father, and nothing says Daddy Daughter Day like curbstomping some Locust. Don’t let him die in multiplayer, though. Canonically, the Rustlung has to do him in.