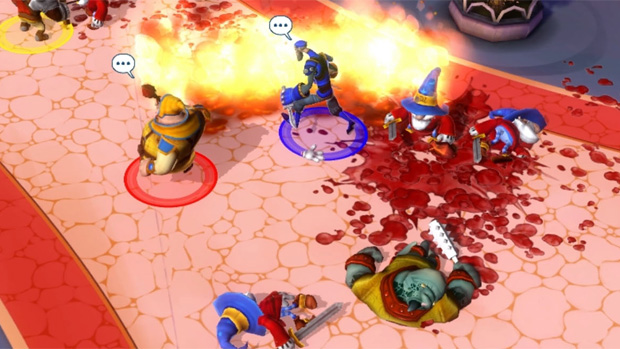 Critical Studios’ upcoming title, Dungeonland, looks like something that could wind up pretty special. Check out this new developer diary which goes into some of the specifics of the “Dungeon Master” mode, a 3v1 game where one player assumes the mantle of the Dungeon Master and uses his powers and the theme park’s monsters to try to defeat the players.

There’s cool stuff at work here. The ability to possess any monster on the field is a great idea and I expect would be terribly good fun, while the variety in play styles they suggest with the boss monsters gives me hope that the game will have some long legs. There is a beta currently running for the title, which you can sign up for at the Dungeonland website, and the final game is expected to release next year.