Mobile gaming continued to take home an incredible lion’s share of people’s entertainment dollar in 2019, with new figures from the analysts over at Sensor Tower revealing that an absolutely staggering $61.7 billion USD was spent globally on mobile games in 2019.

The figure represents a growth of 12.8% on 2018’s numbers, which previously saw busy fingers spend the best part of $55 billion. Money spent on mobile games accounted for 68% of iOS’ total revenue for the year, and a huge 84% of Android’s. Games such as Pokemon GO, Fire Emblem Heroes, Garena Free Fire, Call of Duty: Mobile and many others all contributed to the en masse spending. It was Tencent’s Honor of Kings that led the charge as the most profitable mobile title of the year, pulling almost 1.5 billion dollars alone.

Sensor Tower expects mobile spending stats to rise even further in 2020 – despite the peaking saturation of mobile – due to the growing monetisation of non-gaming apps. Mobile is where the money is, and that statement becomes more veracious with each passing year. 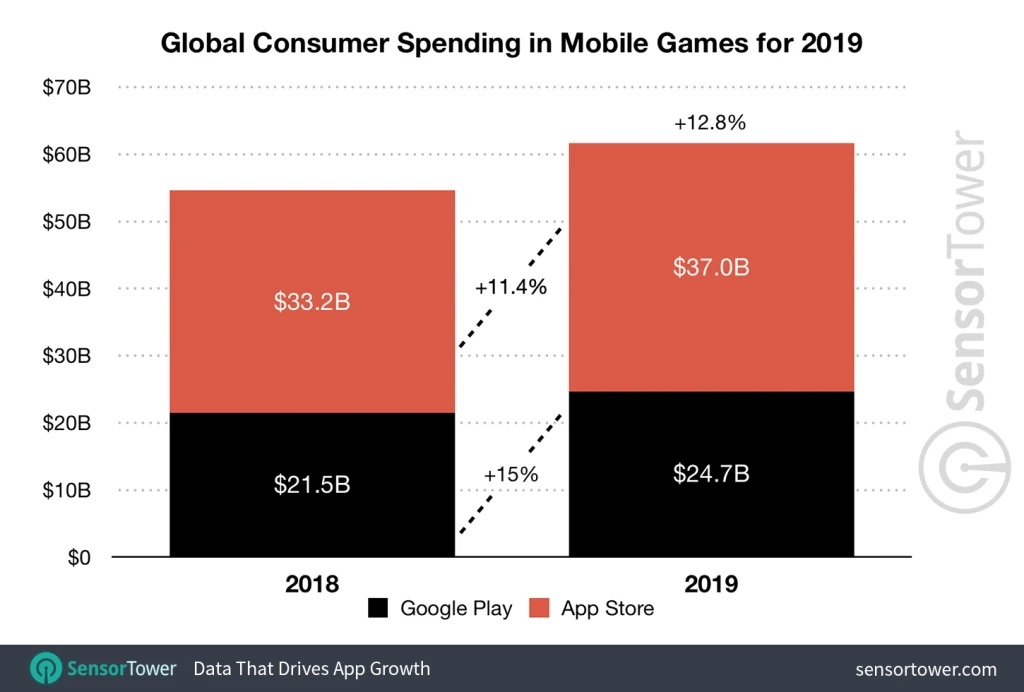