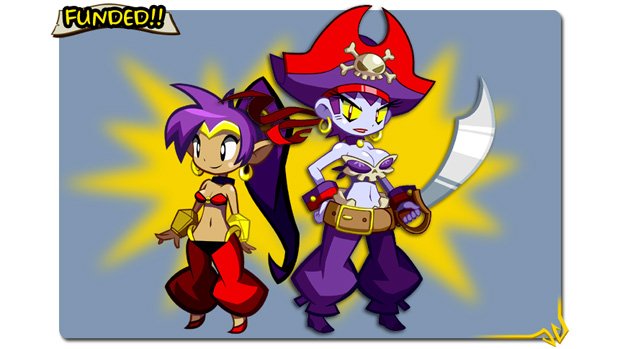 And $1.3 million for animated cutscenes!? Not gonna happen…

It’s been slow goings ever since the Shantae: Half-Genie Hero Kickstarter met its base goal last week, but no need to lose hope just yet! The $500K Risky Mode has been funded! As the sexy pirate villainess Risky Boots, you’ll be able to play an alternate storyline, effectively doubling the length of the game.

There are four days left until the campaign ends, so unless there is a sudden surge, we won’t be hitting any of those other tantalizing stretch goals, which include bonus chapters, new playable characters, and even voice acting! And to kick us in the nuts even harder, WayForward has also pulled the curtain back on the final stretch goal: fully animated cutscenes at the $1.3 million mark! Why isn’t the money just raining down!? Damnit!

There’s a silver lining, at least. WayForward is accepting PayPal donations, which will remain open after the Kickstarter ends. So even if we don’t hit many more goals in the next few days, we’ll be good as long as that PayPal button stays up.