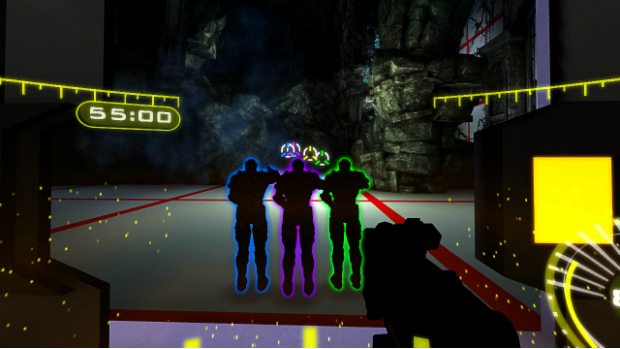 Despite the strangely familiar name (hint: “rift” is a synonym for “split”), Time Rifters is not about gallivanting through various eras and throwing bricks through windows. Rather, it has more in common with the early vision of Super Time Force, where players fight through a level as one character, then rewind to the beginning and fight alongside a ghost version of previous attempts.

By the end, players will have controlled four different shooters, with the goal of destroying all of the red blocks on a level. To help keep things from being too confusing, not only are past selves visible, but so are the locations where each is looking at any given moment. It’s classic divide and conquer, except that you are your only teammate.

Time Rifters was originally developed for use with Oculus Rift, but functions fine on a standard display. It is currently sitting at #4 on Steam Greenlight, so there is a decent chance we will be seeing a full Steam release in the near future.