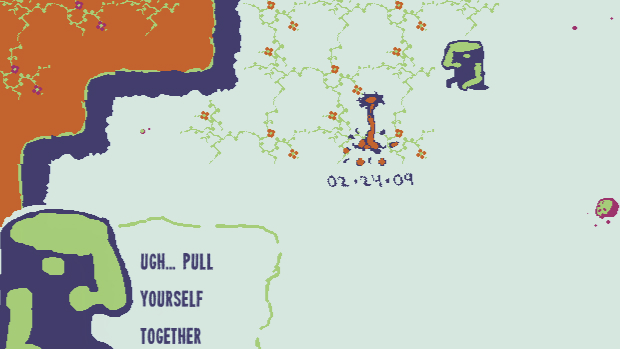 Adult Swim always seems to publish games that have really strange setups, but are backed by solid gameplay mechanics and can easily eat up an afternoon or possibly even a work day. Winnose, developed by Todd Luke, appears to continues that tradition.

In Winnose, you control a living moai statue who has lost his other half and must find it through “giant body part avoidance.” Basically, enemies move according to a simple patterns or rules, and the moai head needs to get to the end without touching them.

The soundtrack deserves special mention, with its almost dirty sounding main theme “Snot My Problem” filled with unusual percussion, followed by a crazily energetic J-pop track out of nowhere. It certainly fits the strangeness of Winnose pretty well. If you are interested, you can play Winnose right now on Adult Swim Games.