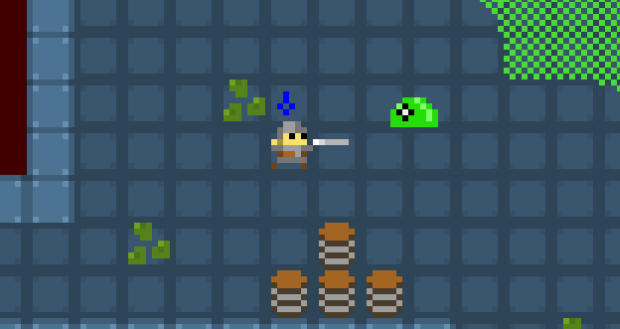 Another TIGSource.com competition is complete, and now the rest of us have at least ten new indie games to waste a few hours with.

We’ve reported on the Assemblee Competition before (short version: artists created sprites without direction in the first phase, and programmers took those sprites and built games around them in the second), but now the votes are in and the winners have been announced.

As was the case with the Adult/Educational Compo, I much prefer the second place entry to the grand prize winner: Bitworld is a relatively fun roguelike, but Dungeon’s of Fayte‘s overall structure just blew me away.

In Dungeons, you’ve got a limited amount of ingame time to prepare for the arrival of a Big Scary Boss.If you aren’t strong enough to defeat him at the end of the game, sorry — that’s it. Game over. Everybody dies. Oddly fitting that I’d only just play it now, as it has some (very, very) vague structural similarities with the better parts of Mass Effect 2.

But I digress. The finalists can be found here, and the rest of the entries can downloaded here. The competition was surprisingly close, so don’t hesitate to check out the lower-placing entries.