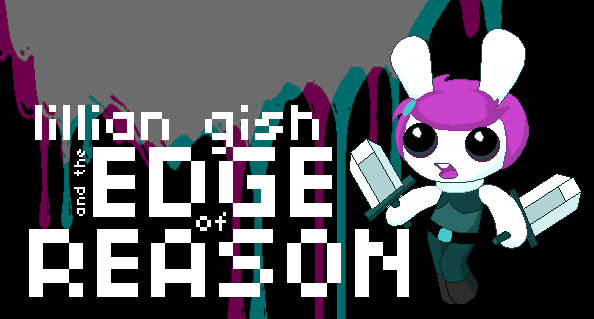 Cut ninjas in half while you wait

Steam Early Access has changed the way a lot of people think about game development. As it turns out, a lot of consumers are more than happy to play a game that’s not finished yet, as it not only gives them more time with the game, but it also allows them to give the developers feedback as they go.

Devi Ever is working on that principal, but without asking the player to pay anything for her game in progress. Her new game, Lillian Gish and the Edge of Reason, will be in development until March 2014 (when her savings run out). She’s working on the game day and night until then, posting updated builds of the game free of charge over on Deviever.com on a regular basis, taking feedback as she goes.

It’s been amazing to see how much the game has grown and evolved over the past couple of weeks. It started off as a simple run, jump and shoot action-platformer about a little bunny girl throwing knives at things. All of those elements are still there, but with tons of added mechanics, like drinking the blood of dead ninjas to power up your knife meter, the ability to throw giant knives to use as platforms, a Blaster Master-looking tank, door juice, wizards, and the promise of procedurally generated dungeons.

The game is still rough around the edges, but there’s already a nice mix of simple-to-learn, hard-to-master moments here, and the risk reward between being maxing out blood sucking potential with putting one’s self in harms way is pretty exciting. I’m hoping that we’ll see some boss fights that take that dynamic and run with it in new ways, like a giant sumo that leaks blood from the same areas it attacks from. Normally I’d feel like sharing ideas like that was just pissing in the wind, but knowing that Devi is listening makes it a lot more exciting than that. It takes a lot of guts to be this open about the development of your game, but it makes for relationship between player and developer that feels a lot deeper than the usual creator/consumer routine.