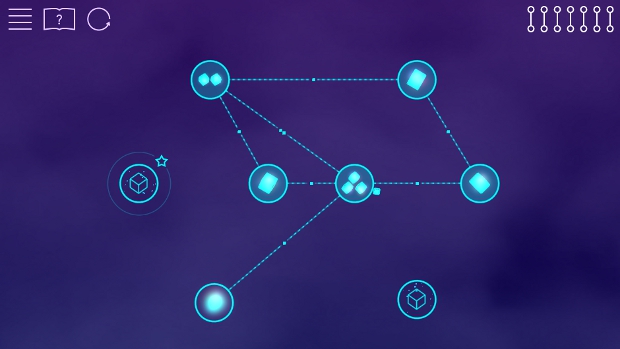 Made for London’s Science Museum

At first, Transmission looks like a pretty standard Eulerian path-based puzzle game. That is not a bad thing; I was pretty hooked on Lyne for a while. But as Transmission progresses, it follows the history of electronic communication, and it uses that history to introduce new elements that build on its complex system.

Beginning with the telegraph, there are simple transmitters and receivers, and the goal is to get information (represented by cubes) from the former to the latter. Eventually, networks allow for information loops, hubs require multiple pieces of information, broadcasters cover an area rather than functioning point-to-point, satellites differentiate types of information, and more.

Built for the Information Age Exhibit at the Science Museum in London, Transmission sneaks a little bit of education on the history and function of information technology into its sharp, minimalist package. It is playable for free through a browser, on Android, and on iOS.