So, yesterday I went to Play.com Live at Wembley Stadium with a whole group of Destructoid community members, who were innocently expecting to have fun. As someone who’s been around the block a few times, I kind of knew better. Not even I, however, was prepared for the absolute flop that this so-called “entertainment extravaganza” turned out to be.

This event, if I can call it that, was depressing and you can read the full, miserable report after the jump. 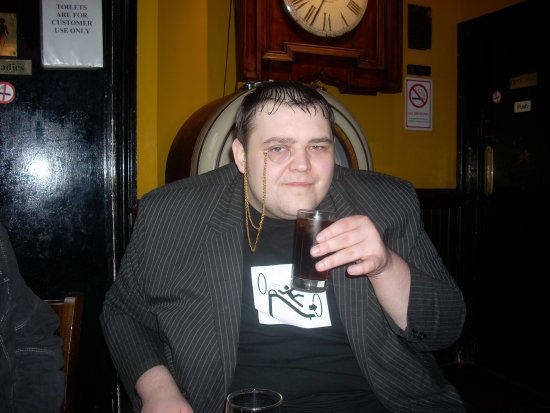 After turning up and registering for another laminated press pass for my collection, we navigated our way to the first port of call which was, for some reason, completely unrelated to videogames. We made badges in front of a Batman costume. I have no idea why we did this, but Wardrox and Phoenix Blood decided to make “I hate Jim Sterling” badges because they are so edgy and cool. Seriously, I wish I was just like them.

After wandering down a very thin corridor, we saw a secret, boxed off area for Far Cry 2, which we skipped for the time being so that we could go and be disappointed by the Final Fantasy toys for sale. I love a good bit of merchandising, but this was more of a car boot sale operation than an actual attempt to sell cool things. You could literally buy one of about six FF figures, or some Halo stuff. That was it. Maybe they’d sold out of good trinkets by Sunday, but somehow I doubt they ever had anything of worth.

Eventually, we stumbled upon some actual videogames, only to come to the grim realization that there was nothing exclusive or interesting. Far from what was advertised, there was no Ninja Gaiden 2, there was no Prototype, no Force Unleashed. There was just row after row of console with games that had already been released. Why, exactly, did I end up playing Halo 3 with Wardrox? I’ve already PLAYED Halo 3 with Wardrox — AT HOME WHERE I’M NOT SURROUNDED BY NERDS AND BASTARDS! 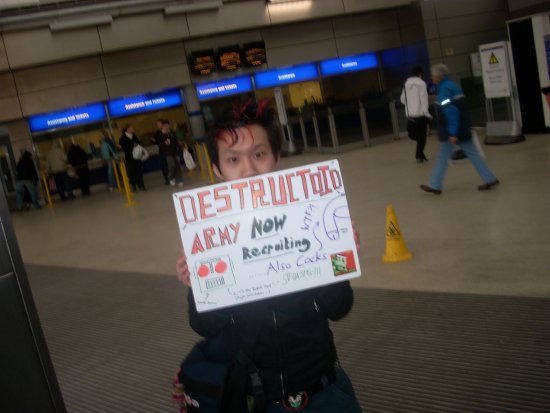 While I’m at it, I want to talk about the level of swag that was there as well. We can ignore the copy of Ice Age and the Spooks book and cut right to the Turok survival pack. Now, I haven’t open my Turok survival pack. What to know why? It’s because I know what’s in there and I don’t want to have to deal with it. There’s stuff in there I wouldn’t give to a dog, let alone use myself. It’s a bag, essentially, full of army surplus crap. There is steak and peas in that bag … all mushed up together … at a videogame event. The header image for this post? That came out of a videogame-themed bag!

I never got my promised review copy of Turok, so I only played the demo. Even so, I can in no way believe that Turok, during the course of the game, even once opened a green foil bag of crap, munched on some cold steak mush and twirled a glowstick around his head — THAT IS WHAT THE BAG WOULD LEAD YOU TO BELIEVE! 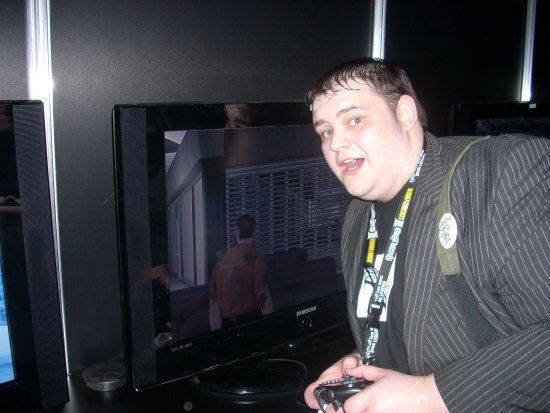 There was also a black stringy thing in there. We didn’t know what it was. Wardrox tried eating it. It was not nice … or edible.

Entering the main room of the event was the point at which the grim reality of the day dawned upon us. This is where the stuff Play had promoted was going on, and we felt betrayed. Play.com promised we could “see and play” games that included Ninja Gaiden 2, Prototype, Force Unleashed, LittleBigPlanet, and many other things. I saw nothing that I wouldn’t see by hitting up Game Trailers. Prototype? Just a trailer on a high screen. Ghostbusters? Just a trailer on a high screen. Force Unleashed? Just a poster — A POSTER! 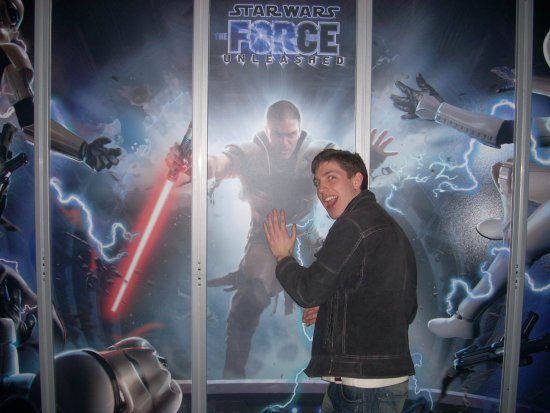 The only noteworthy things on offer were Sega Superstars Tennis and Haze, and frankly, I wasn’t about to endure the emo warblings of the floppy haired band that was performing in order to wait the possible half hour to get onto the one or two units playing them.

To the event’s credit, there was at least a pretty cool Far Cry 2 walkthrough with the development team. At least, it would have been cool, except for the fact that the screen flickered halfway through and they had to reset the PC. The game’s designer said we could sit and wait until they get it sorted out, before the producer came out and corrected him by basically stating “Actually, can you go? We have 200 more people waiting.” Nice. Very nice indeed. We did get a little bit of news though, so I can claim I worked a tiny amount.

That was pretty much the last straw for a number of us. Some community members stayed on to represent Destructoid in Rock Band, but the rest of us limped home — cold, bitter and cursing the UK games industry. 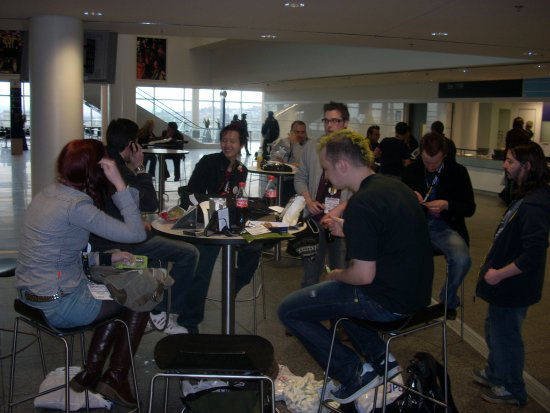 All in all, an absolute wash-out and the final nail in the coffin for me when it comes to these rather pathetic attempts at putting on a games show in Britain. It never works. Nobody cares enough to put in the effort and no amount of C-list celebrities will brighten the day. The best we have is the London Expo of a year and even that’s not very good. That’s the last time I go to London for one of these things. Next time, I’m staying home — where I can play the exact same games in comfort, rather than give myself foot blisters and spend hours on sweaty underground trains for the privelage.