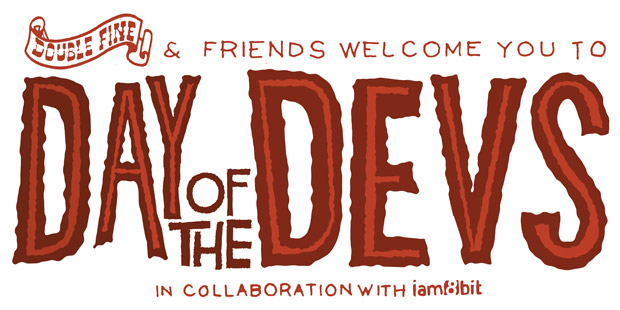 Double Fine and iam8bit are throwing a party open to the public on November 2, 2013 that’s been described by CEO Tim Schafer as “a Night of 1,000 Hugs.” The event, Day of the Devs, will be the first chance to play Broken Age and an unannounced title from the studio.

There are plenty of other games you’ll want to get your hands on, with appearances by Supergiant, Gaijin, Capybara, Tribute, Honeyslug, and Chris Hecker. And, to top it all of, Fez designer Phil Fish will be DJing. The real deal, then. If you’re in San Francisco and are 21+, swing by Public Works on 161 Erie St. between 4:00 and 8:00pm.