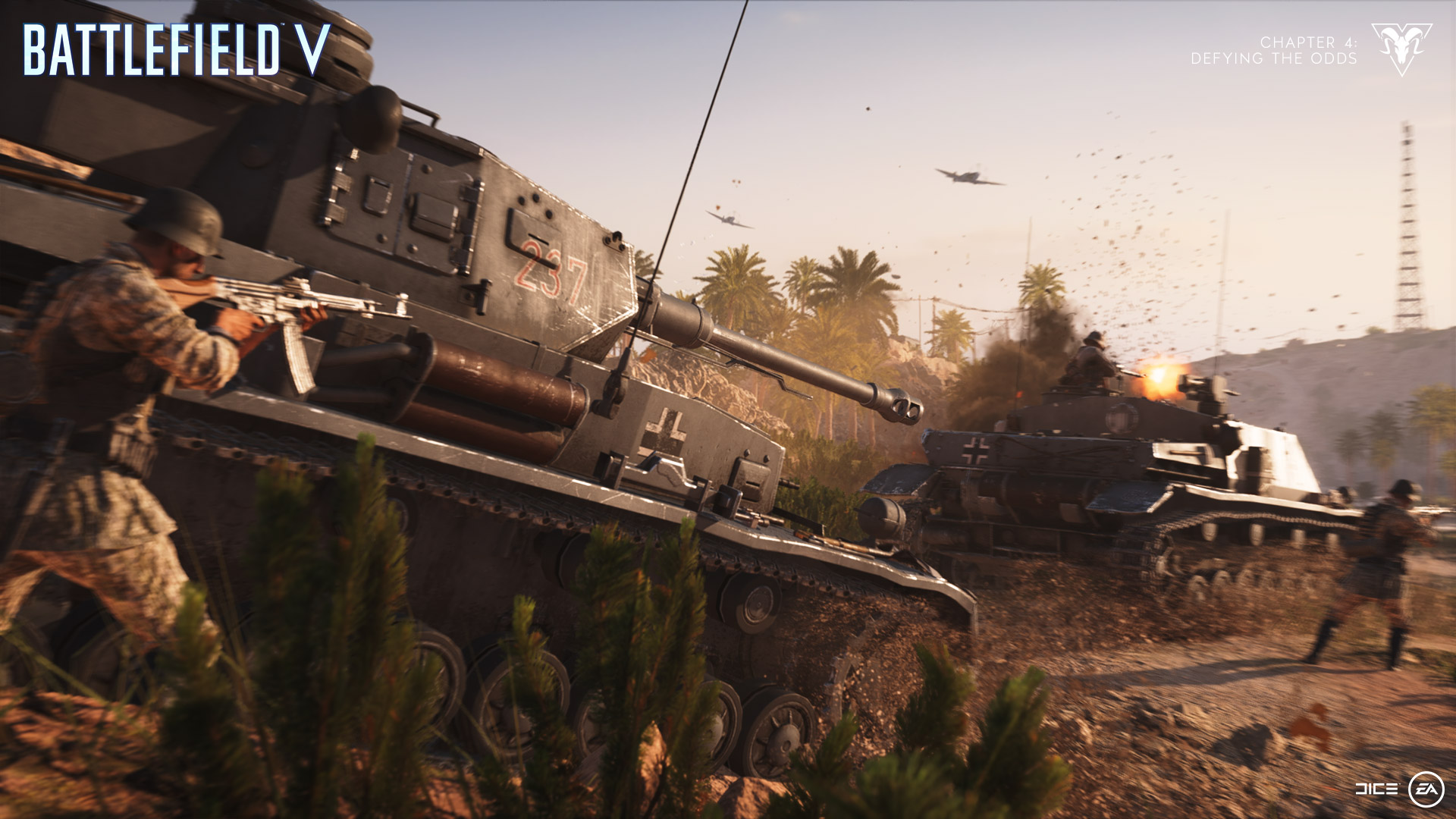 Just in time for the Pacific theater

It’s not too late to get into Battlefield V, even if you’re only looking to dip your toes in for the long-awaited War in the Pacific update. DICE is hosting free weekend events for the game throughout the month of October, and honestly, that’s ample time to get your fill of WWII multiplayer mayhem.

If you’re down, you can install Battlefield V on PC via Origin, PS4, and Xbox One. Not every game mode will be available for every free-play event – they’re running on a week-by-week schedule.

Any progress you make will carry over to the full game, including unlocks like the Captain Hadlow vehicle skin for the Stug IV (Week 1), the Trench Carbine (Week 2), and the anti-air Fliegerfaust (Week 3).

I don’t think I’m the only one who tends to skip most free weekends – it often doesn’t feel worth the download time or data-cap investment to play a game once or twice at most before your free access is revoked – but the fact that Battlefield V is doing four trials in a row makes this a little meatier.

I’m also way into the idea of playing against folks who aren’t as battle-hardened as dedicated BFV players who never left the game despite its poor content schedule. I want to stand a reasonable chance.