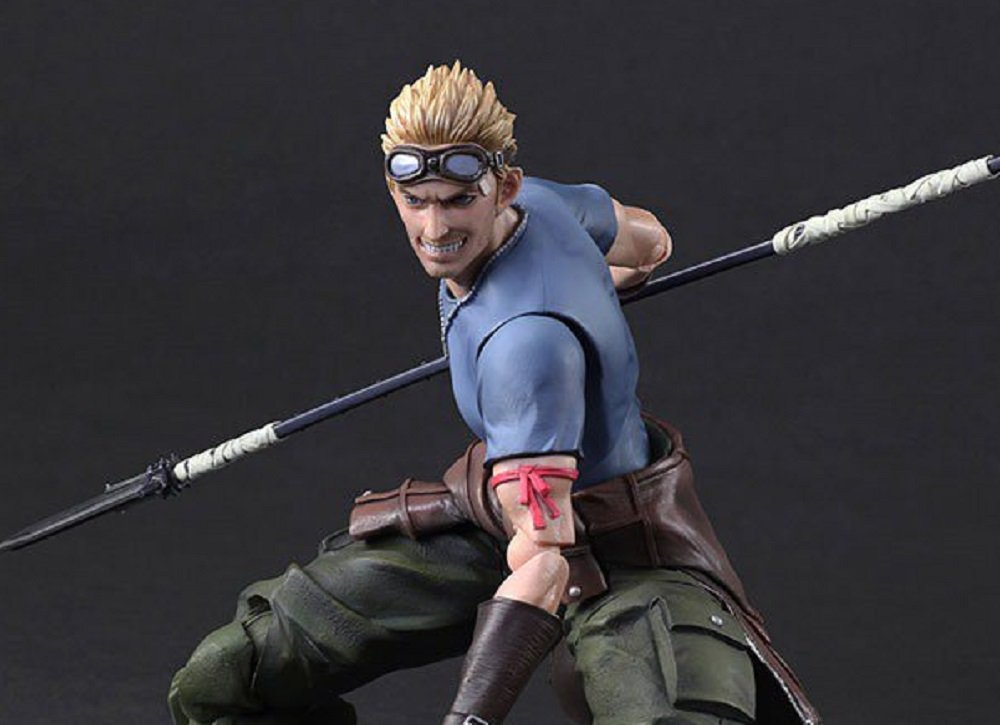 Fine figure creators Play Arts Kai have released images of the next release in their long-running Final Fantasy VII range. The next character in line for the Play Arts treatment is short-tempered sky pilot Cid Highwind.

Cid is rocking his slightly less grizzled Advent Children look, which sees his tattered old uniform and super-high pants replaced with a slightly hipper blue shirt, tied jacket ensemble. His overall demeanor here is a little cooler and sexier, as well as seeing him sans cigarette.