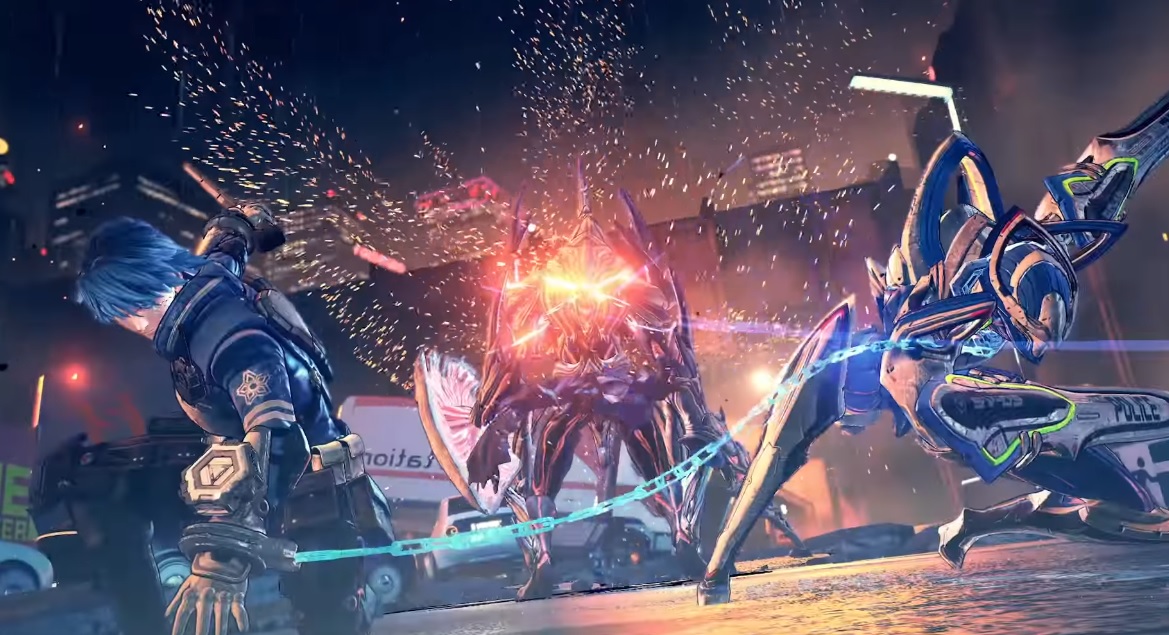 Just last week Nintendo and Platinum revealed Astral Chain by way of a Nintendo Direct and man I was immediately taken by it. The neo-Tokyo feel is right up my alley, especially when combined with what seems to be a varied combat system. Having Katsura, Kamiya and Taura involved helps.

All we really got was a trailer (and those name drops), but thanks to an updated database listing on the official Platinum site, we have a bit more info on the story and some screens to boot. The gist is that that city we saw was called “The Ark,” and it’s under attack by alien creatures who have appeared by way of “mysterious dimensional gates.” It’s your job as the Neuron task force to take them down with some help from “the Legion,” a living weapon (multiple forms include a wolf thing and a creature-like humanoid with blade arms).

Although they aren’t talking co-op at all the main “chain” gimmick is confirmed to work by allowing you to control two characters at once. As I said before the trailer does a great job of communicating what Astral Chain is about, so give it a look if you haven’t seen it yet.