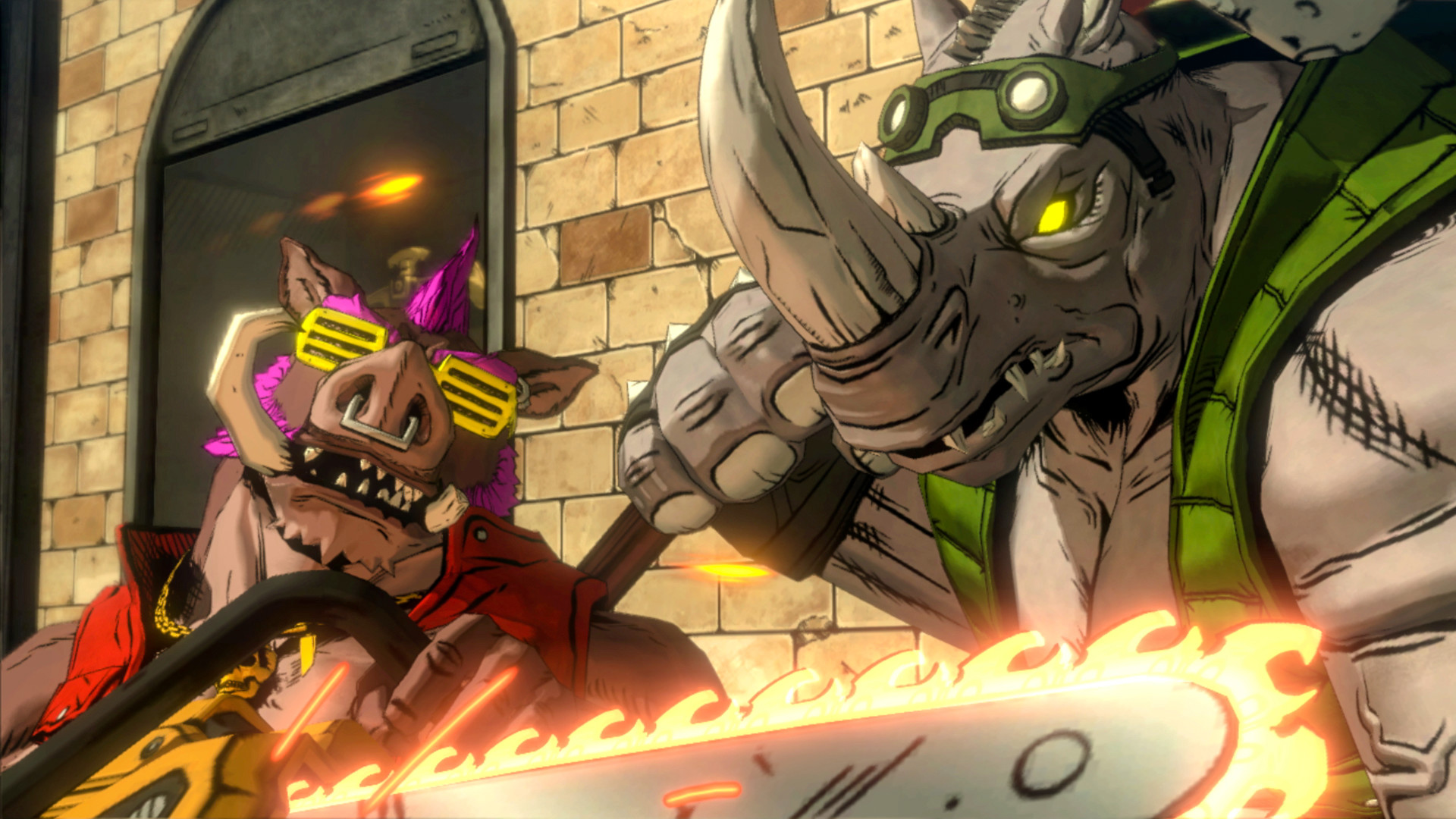 We have a couple of months left to call dibs on our Teenage Mutant Ninja Turtle of choice in Platinum’s four-player action game Mutants in Manhattan (Donatello for me!). It’s coming to PC, PS3, PS4, Xbox 360, and Xbox One on May 24, 2016, as reported by IGN.

There’s a new trailer, too. I haven’t kept up well with the marketing materials for the game, but this boss-centric footage looks good. Krang, Bebop, Rocksteady, Karai, Shredder, and a certain shark make an appearance.

Coincidentally, as I write this, I’ve got a pizza getting toasty in the oven. It’s almost pizza time!