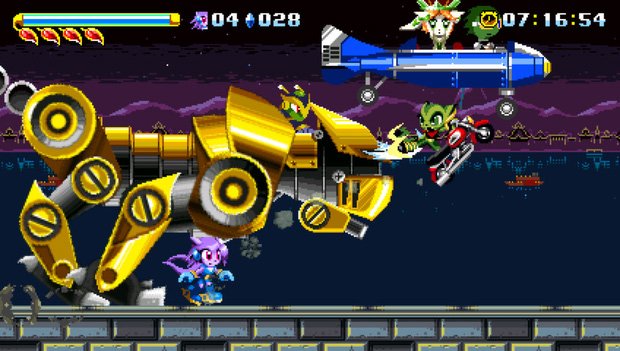 Freedom Planet looks like a lost Sega Genesis gem, but it’s actually a brand new action-platform game created by GalaxyTrail. I remember hearing about it a while back from Tony Ponce — first in 2012 and again last year when there was a successful Kickstarter campaign — but had forgotten the name until now. At long last, it’s available on Steam for $14.99.

Of all the throwback elements to fawn over, it’s the return to that era of gaming when you couldn’t go five minutes without running into a boss that has me most interested in Freedom Planet. That’s the vibe I got from the launch trailer, anyway. Speaking of which — hell of a trailer!

If you’d like more to go on, head here for a PC/Mac demo before you buy.