PopCap has done it again

Popcap has continuously surprised us with games we didn’t even know we wanted, such as the Plants vs Zombies: Garden Warfare games, and the ever-popular Pachinko-like Peggle; their latest title Plants vs. Zombies: Heroes continues that trend by combining the formula of the original PvZ game with a hero-based card game, ala Hearthstone.

Playing as one of 20 heroes from either the plants or zombies team, you’ll be building decks of minions and spells to battle either the CPU in two different story modes, or against other players online. Each match starts with deciding which cards of four to keep, or to “recycle” back into your hand thus drawing different cards. Unlike Hearthstone where a coin decides play order, here zombie players always play first, but that doesn’t necessarily give them an advantage.

Each round has four parts: Zombies play, plants play, zombie tricks, and fight. During the first phase only minions can be played, some of which may be hidden under gravestones that don’t reveal themselves until later. The plants play portion allows plants to play both minions and spells, before the zombie tricks part that lets zombies play spells and reveals the minions under their tombstones. Fighting takes place from left to right, with minions in the same lanes attacking each other at the same time.

The five lanes are laid out with the left most lane being elevated, which gives certain minions bonus stats while the rightmost lane only allows amphibious minions to be played, which often have high stats. Minions can be placed as you see fit in the leftmost and middle lanes, though only certain minions can be placed in the same lane as other minions.

The goal of each match is to deplete the opposing player’s health gauge from 20 to zero. Each time a hero takes a hit, a charge meter gains some power, and the attack that makes it reach full power gets guarded as well as granting a spell to the guarding player. These spells can be used immediately, and this can be done up to three times per match. It makes players have to rethink the layout of their playing field, but also adds a bit of luck to the game as the meter fills randomly per attack.

I had my doubts when Heroes was announced after the last mobile game in the series added some pretty shitty microtransactions after release, but thus far I’m pretty happy with how EA have handled microtransactions here. After each game, players will be granted a card, with the winner getting their choice from two. Card packs can be purchased with real money or with gems, the in-game currency. Gems are earned by completing quests of which you can have up to three of at a time, or can be purchased with cash. Earning gems is easy enough and you can easily get a pack or two of cards a day if you complete quests as they refresh. 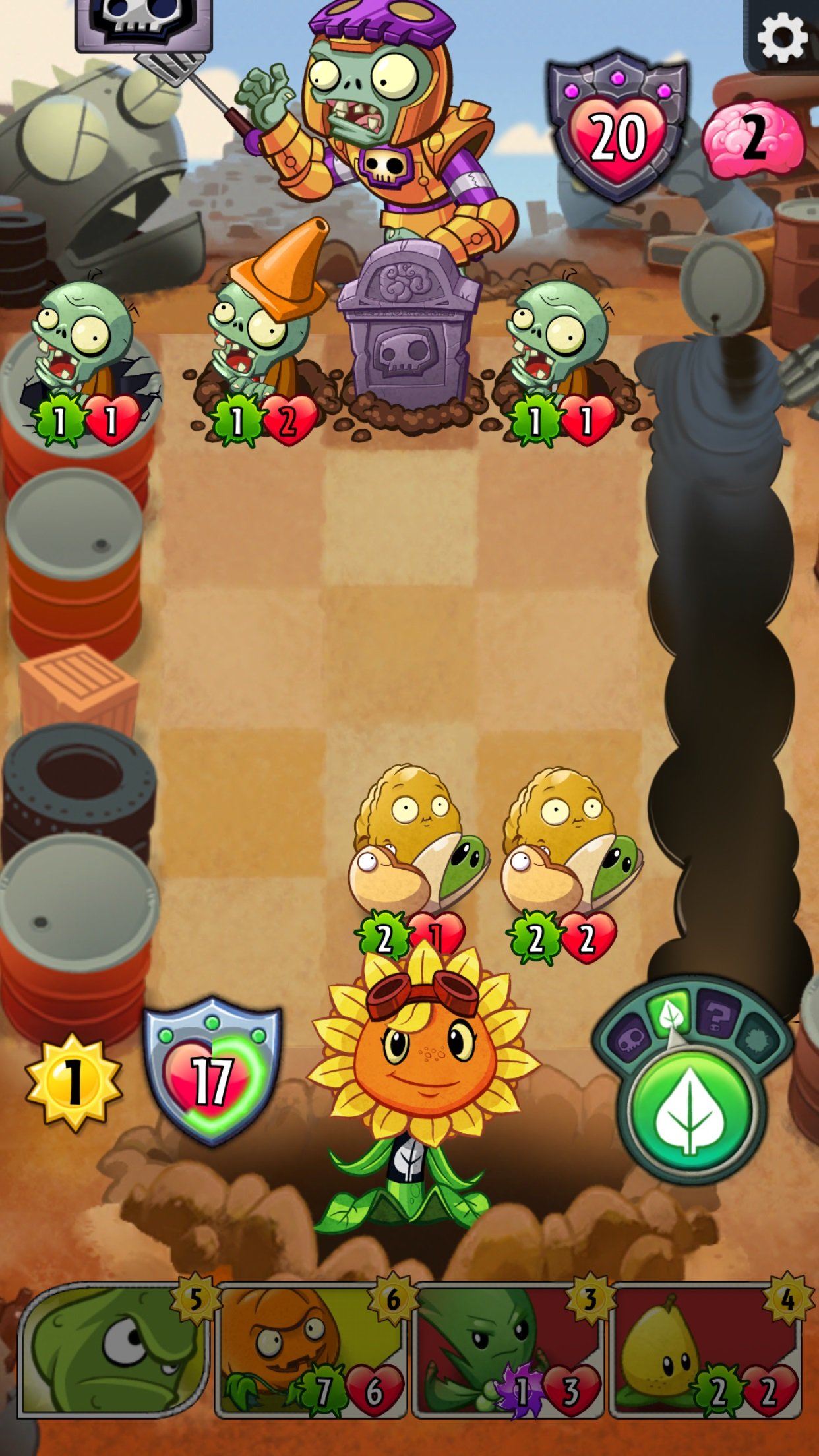 So far I haven’t bought anything with real world money, but I’m considering it to support the developers for making such an awesome game, the same reason I don’t feel guilty about buying Hearthstone cards from time to time. I’ve not come across an instant when I’ve felt any cards are unfair or overpowered (though I’ve mostly been playing the single player missions) thus making you compelled to spend money in hopes of getting those cards.

While online matches add a bit of a difficulty, they are currently only offered in the casual variety against nameless opponents. In other words, there currently isn’t a ranked mode or a way to play with friends, which is a bummer and my only complaint as these features would add some longevity to what is seemingly a solid package.

Plants vs. Zombies: Heroes is currently only available in a few select countries for testing purposes, and is scheduled to go live worldwide sometime soon for iOS and Android.

I had my doubts when Heroes was announced after the last mobile game in the series added some pretty shitty microtransactions after release, but thus far I’m pretty happy with how EA have handled microtransactions here.