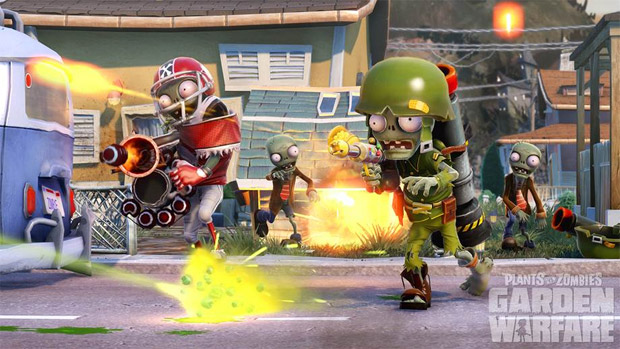 In retrospect, perhaps I should’ve expected that Plants vs. Zombies: Garden Warfare would be multiplayer-only. But that doesn’t make its lack of a single-player mode any less disappointing. Even a short one — something to get us acquainted with the different character classes before making fools of ourselves online — would’ve been appreciated.

Shacknews reports that, at the very least, the price won’t break the bank. Garden Warfare is going to be $39.99 (retail and download) on Xbox One, which is the version that has exclusive split-screen offline co-op support and SmartGlass / Kinect gameplay in Boss mode. However, on PC and Xbox 360, the game is priced at $29.99.

“We definitely want to build on the game once it’s launched,” creative director Justin Wiebe told the outlet. “We’re definitely taking a cue from Plants vs Zombies 2. Using DLC and new content updates, we want to keep players engaged in the long haul.”

Plants vs Zombies: Garden Warfare is multiplayer-only, will launch for $39.99 [Shacknews]